Renovations and Extensions at The Hoy & Helmet 1930's

Photographs from the Landlord's daughter 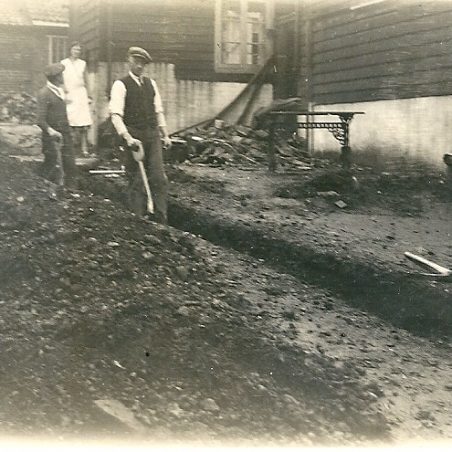 Digging the footings for what is now the rear of the pub.
Joan English 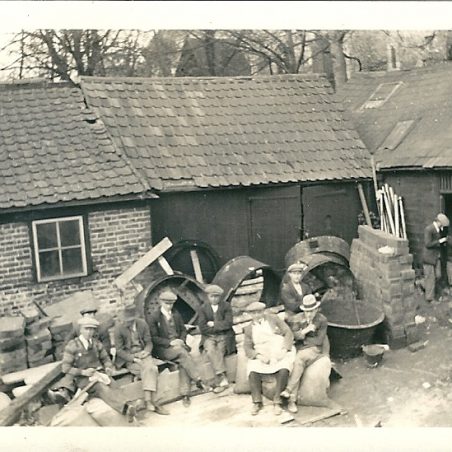 The top corner of the rear yard, with the skittle alley to the left and the blacksmith's shop to the right.
Joan English 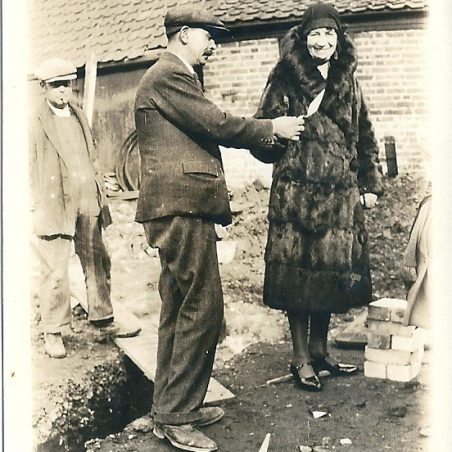 Laying the foundation stone at The Hoy, wife of the Landlord, Annie Phillips, 1931
Joan English 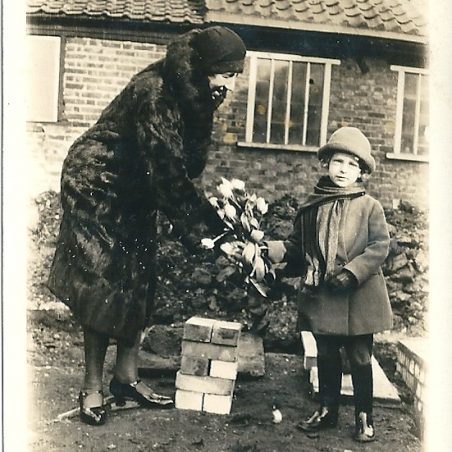 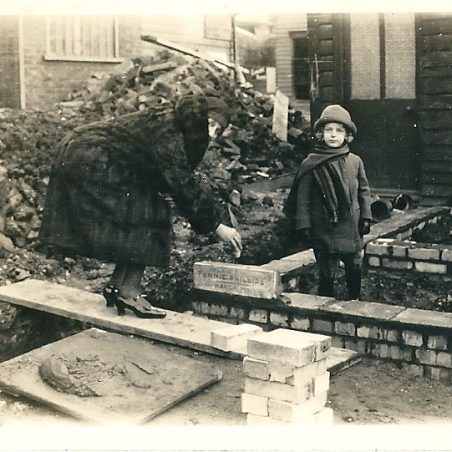 Laying the foundation stone, it is carved with 'Annie Phillips March 1931'. I have looked for this stone at the rear of The Hoy but it is not visible there have either been later changes or it has been rendered over.
Joan English 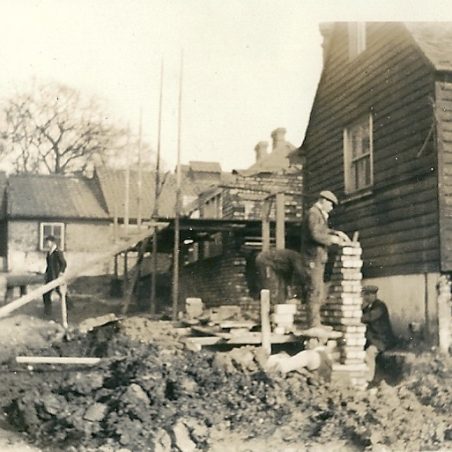 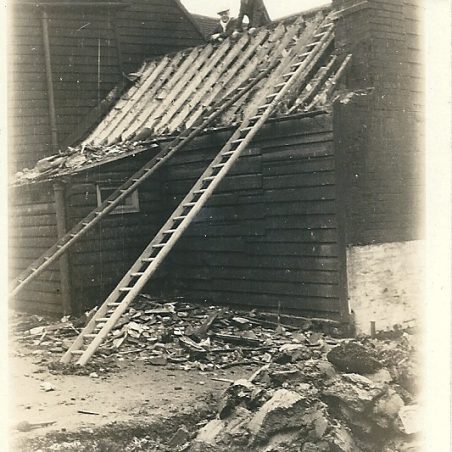 The improvements to The Hoy were quite extensive.
Joan English 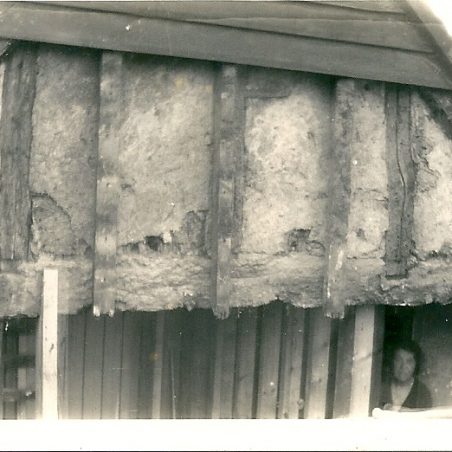 Shows the construction of the old building, with Ann looking out.
Joan English 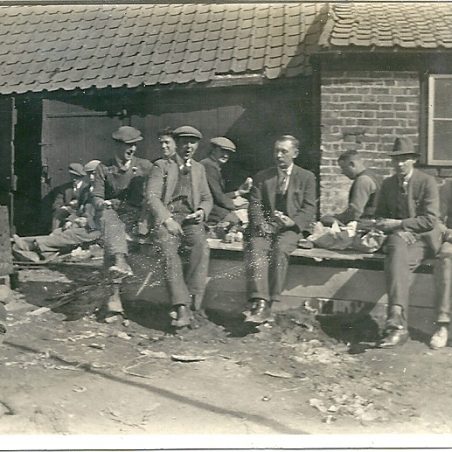 Lunch break, the open doors are the entrance to the skittle alley, apparently this had not been used for some time. Joan English remembers that a few years later than this photograph, the building was in a state of disrepair and was used as a store.
Joan English 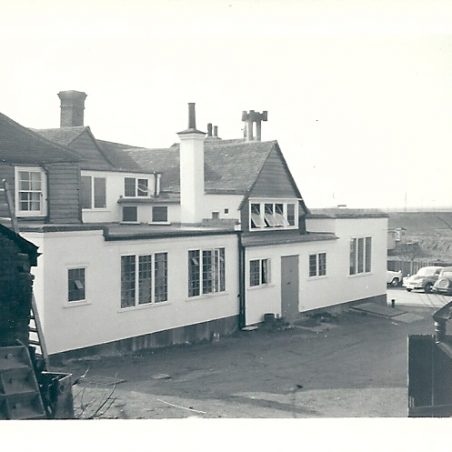 The rear of The Hoy 1959
Joan English (nee Philips) 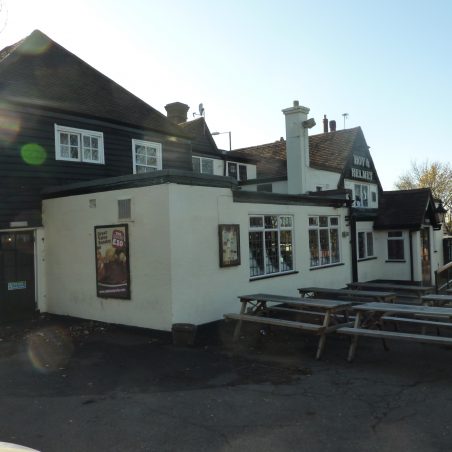 The rear of The Hoy and Helmet 2011
Margaret March 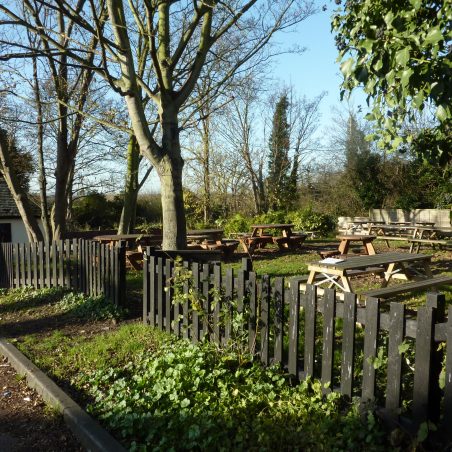 The beer garden at the rear of the pub, where the landlord grew his vegetables and fruit trees grew along the church wall. Dec 2011
Margaret March 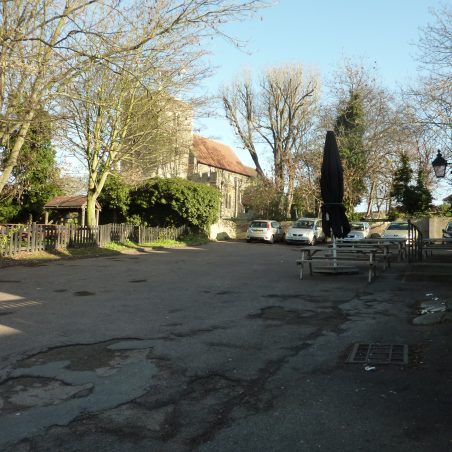 Looking across the rear car park, the skittle alley was where the cars are parked and stables were where the wooden fence is. Dec 2011
Margaret March

Pictures of the extension at The Hoy Public House started in 1930, Joan remembers presenting her Grandmother, Annie Phillips with a bunch of flowers when she laid the memorial stone.  Learn more about the two generations of the Phillips family as landlords of The Hoy

Extensions and improvements at The Hoy
Joan English talking about the pictures of improvements taking place at the rear of The Hoy. 5 Minutes