You are here: HomenextBrowse ArticlesnextAreasnextTarpots AreanextA Visit to Thundersley Hall and a Short History Part 1

A Visit to Thundersley Hall and a Short History Part 1

A Visit to Thundersley Hall 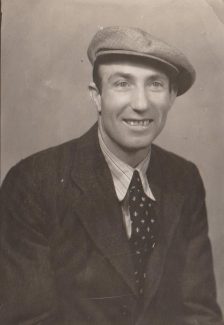 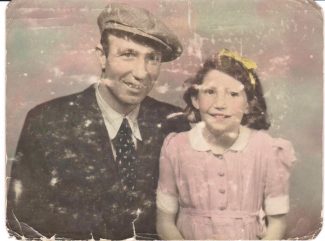 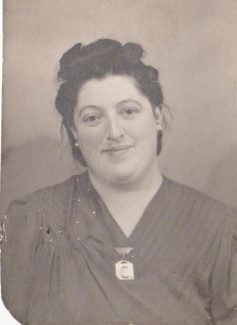 Link to Part 2: The History of Thundersley Hall

A Visit to Thundersley Hall

I visited Thundersley Hall in September 2016, at the kind invitation of the owner, Vanessa Brumwell.  A lady in her eighties, Mrs. Doreen Joy McLaughlin (nee Sweet), who had grown up there in the 1930s, was going to pay a ‘down memory lane’ visit to the house, and I was invited to join the party. The lady duly arrived, accompanied by her daughter, Paula, and the emotional impact on returning to ‘the Manor’ was evident, as she stood and drank it all in with misty eyes.

In 1935, Doreen’s parents, Hannah Charlotte and John Sweet, were employed by the Wade family as live-in caretakers, as the Wades did not want the place remaining empty. The Sweet family lived there for about fourteen years until Thundersley Hall was sold in 1949 to the Lygo family.  What changes the Sweet family must have seen, as these were the boom years for New Thundersley, with new houses being built, and the rural nature of the area changing fast.

Mrs. McLaughlin remembers an idyllic childhood at the Manor, with a swing tied in an old tree, and a rural aspect over fields in Manor House Way. On the days when the weather was inclement, Doreen remembers being sent up to play on the top floor of the Manor House, in what would have been the servants’ quarters.

A coal-yard owned by Doreen’s Grandparents, John ‘Jack’ Richards and Charlotte Hannah Richards stood on the site of the Zach Willsher public house, and they lived in a bungalow where the ‘Flower Fountain’ now stands on the shopping parade, which was built in the 1960s between Roseberry Avenue and Manor Road. The coal-yard has an entry in the Kelly’s Directory of 1925, ‘Richards, Jack, coal mer. New Thundersley’. In the 1929 edition, he appears with a new-fangled telephone number – ‘Richards, Jn. coal mer. Church Road, New Thundersley T.N. South Benfleet 94’. He also appears in the 1933 and 1937 editions. There was also a house adjoining the coal-yard owned by a Mrs. Geach, who took lodgers.

Accompanying this article are three photographs: John Sweet, John Sweet with his daughter Doreen, and Hannah Charlotte Sweet, all kindly provided by the family.  By incredible co-incidence, Doreen and her family at the Manor House were best friends with Margaret McKay, who lived in my property across the road, which was then known as ‘Dunromin’ in Manor House Way.

From the early twentieth century until the end of the second world war, New Thundersley consisted of a smattering of villas and plotland bungalows, with the occasional small shop, interspersed with market gardens, poultry and pig smallholdings, grazing fields and orchards. Several general stores and cafés had sprung up along the main London and Church Roads, to serve the needs of the charabanc trippers to Southend and the Church Hill car trials respectively.