Memories of Tarpots in the 1960s 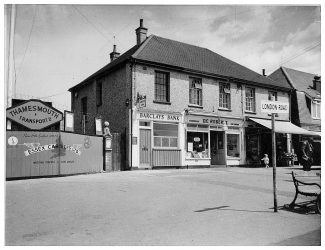 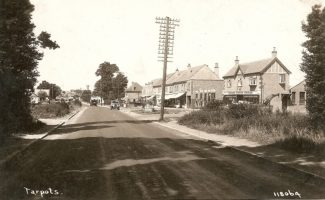 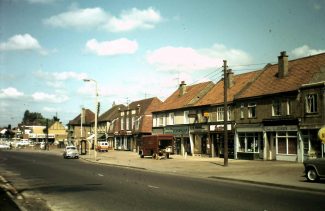 zoom
1960s Tarpots, showing Jones the butcher and just visible on the right is the familiar Shell sign where the garage stood
Ian Roberts 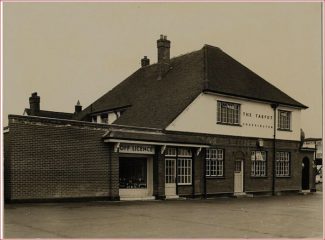 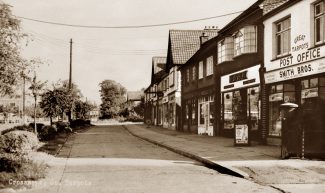 I moved to New Thundersley as it was then known in 1963.  At that time we would come to the Tarpots to shop, use the bank and visit the library as the shops local to us at Roseberry Avenue were not yet built.

I remember Barclays Bank well,  as we would go there to draw money by cheque. In those days there were no ATMs, no cheque cards and you had to go to your own bank branch to draw out cash.  Because my parents still had their account at Midland Bank in Romford,  they had an ‘arrangement’ with Barclays that would allow them to cash a cheque. The bank was a tiny little operation which later went into the purpose built branch now occupied by a firm of solicitors.

At that time the library was in a house with bookshelves in the bedrooms. It was much later when the new purpose built library was set up in what must have been a new shop unit.  Further along that same row of shops was a garage on the corner of London Road and Lambeth Road with a row of filling pumps, a showroom and workshops behind. This site is now occupied by Lambeth Court apartments which cover the entire footprint of the old garage including the forecourt.

Next to the garage, in the space now occupied by a modern shop that must have replaced the 1920s house, was Jones the Butchers. I remember the shop being full of men behind the counter busy chopping and cutting.  Meat was wrapped in paper packages and put on the counter for adding up the bill.  On a Saturday when it was extra busy Mrs Jones would take the money.  After a little while in our new house my mother was able to telephone Mr Jones on Friday and order for delivery on Saturday morning. I can still remember a box of bloodstained packages arriving in a cardboard box to be packed away in the fridge – the bill was in the box, normally with a bloody fingerprint on it.  At that time not every house had a fridge so weekly shopping was unusual.

The Tarpot pub itself I remember as a large building with many doors and hidden rooms. Around 1967 my friend and I joined a Judo club which met in one of the rooms. I can recall a large space, partly occupied by stacked tables and chairs and possibly a stage at one end. The club had a large mat which was stacked in the corner in equal sections. At the beginning and end of the session we all helped to lay the mats out forming a large square which was then bordered by a wooden frame.  A large canvas sheet then covered the mats and was laced tight to the frame creating a large smooth surface for wrestling on.  However, the mats were probably filled with some sort of fibre which had very little give so the mat was not much softer than the wooden floor.  On one evening I persuaded another school friend to come along hoping he would join with us.  His mother who came with him decided against this when she witnessed one of the adult club members, complete in judo suit with black belt leant against the stage, drinking from a pint of beer. No doubt she was concerned for our safety, imagining who knows what might happen if he joined in with the children.

Another reason for coming to Tarpots was to catch a bus – either towards Southend or later to Basildon where we would go to swim in the new pool that must have opened in the mid sixties. Buses were Eastern National green and occasionally a blue and cream Southend Corporation vehicle would pass by. There was an express bus service into London numbered with an X, which one day was suddenly replaced by a brand new, flat fronted, modern bus which was so new that it had an instrument panel divided into brightly lit rectangular boxes. For a young impressionable boy it was as if Thunderbird 2 had landed.

Around 1970 I successfully applied to become a paper boy at Newsbox,  although my time with them was very short – I think three days. Whilst I thought delivering newspapers was the thing that every boy did to earn some cash, I was not prepared for an enormous bag of papers that needed superhuman strength to lift. On Sunday the bag weighed even more with the supplements and I actually had to take it home and split it into two loads delivering one and returning for the other later that morning. Having managed two days, I then
called in sick returning on the fourth day to try once more. I was not surprised to find halfway through the round one of the customers drawing my attention to the contents of the bag from my day off, which had been abandoned by my replacement the day before on his path under a convenient bush.

In time Tarpots became simply a transition space on the route from home to Appleton School, or a bus stop on the way to shopping in Southend, or the route to London on the way back to university, and the shops were just a blur of unknown activity.