How the London 'plotlanders' came to Benfleet 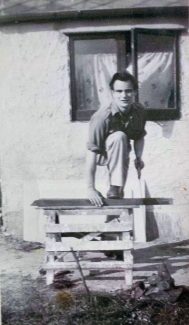 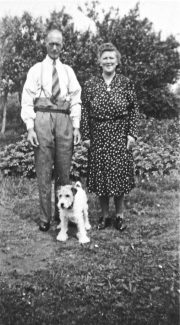 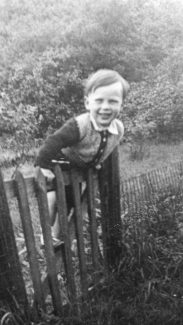 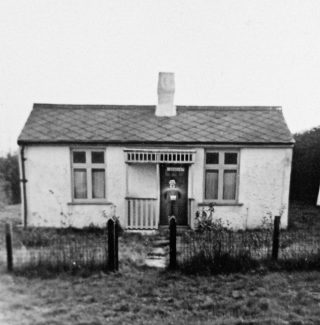 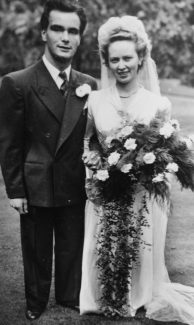 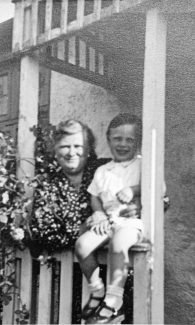 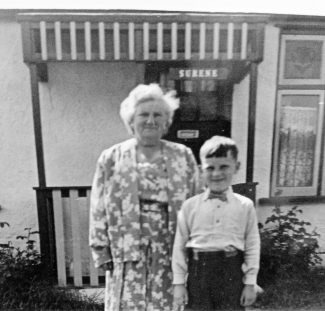 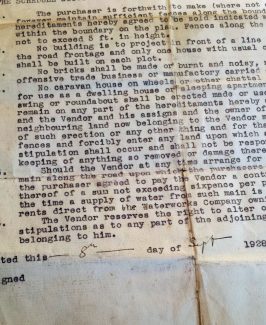 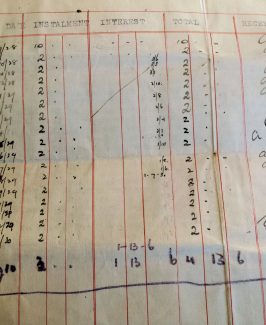 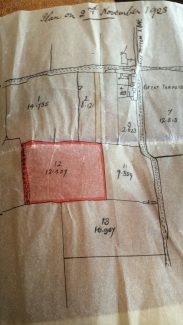 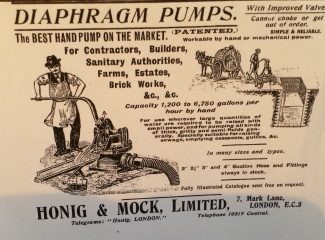 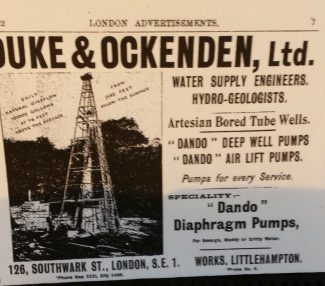 The Abstract of Title “to freehold land at South Benfleet, Essex” in my possession dated 26th December 1883, states that the land where Malwood Road and adjacent roads now stand, was owned by Thomas N. Jenner Spitty of Billericay, formerly a Major in the Essex Rifles Regt. of Militia. The land is described as “part of Gt. Tarpots Farm as to 12 acres thereof of the Manor of South Benfleet and of Jarvis Hall”.

This long (and fragile) document records the various ways the land was split, recording some fascinating history in the process.

The document records that historically, “all that close of land customarily and heriotable [sic] called Tarpots on some part whereon a barn formerly stood containing by estimation 12 acres be the same more or less lying and being in the Parish of South Benfleet… and was formerly the land of Robert Cornish and was then in the occupation of John Fredk Talbot…in April 1840.

On 2nd November 1923, this 12.475 acres was sold by A.G. Dear and C. I. Dear and A.G. Walters to Walter Kitson of “Minstead” Bowers Gifford for £600. In the description of the land it says (the Purchaser), “and his tenants servants families licensees and workmen……with or without horses carts or waggons traction engines motor cars or any other vehicles laden or unladen to go pass [sic] and repass and to drive cattle sheep and other animals along over and upon the road or intended road 30 feet wide (including footpaths) called or intended to be called Homefields Avenue and leading from the main road from London to Southend…”.

In 1928 Walter Kitson’s widow Emma Jane, sold the land for £700, and for the first time the land is described as “those 92 pieces or parcels of land…….formerly comprising portions of Field 12 of a farm called ‘Tarpots’ but more recently called ‘Homefields Estate’”. The document and plan refers to the site of “several new roadways or intended roadways”.

The new owners were S. A. Russel and A. Russel and William Robinson of “Hovefields” Wickford, who split the land into building plots.

My husband, Allan Gaines’s maternal Grandfather, John Frederick Sumner, a print worker in London SE1, bought three plots on the 8th September 1928 for £45, paying with a deposit of £10, the balance payable by instalments of £2 per month, finishing in August 1930. I attach a photograph of the Contract. ‘Surene’ was located on one of the above mentioned plots.

South Benfleet was a real Shangri-la for Londoners wishing to escape to their own private piece of heaven. It was so rural – hearing my father-in-law describe it – he could be describing rural Devon, with the big elm trees and open land.

Among the photos are two diagrams of the plots which accompanied the Abstract; two advertisements I photographed from Kelly’s Directory 1922 for water pumps – which were probably badly needed in this claggy clay soil.

The rest of the photos with the exception of George and Irene’s wedding are from the 1950s, probably taken with a Kodak box camera. They are as follows: a picture of Susan Sumner, Allan’s Grandmother, holding Allan Gaines on the porch of ‘Surene’; a view of ‘Surene’ from the front (the only entire view we have of the dwelling); another picture of Grandmother Susan and Allan outside ‘Surene’; wedding photo of George and Irene Gaines, 1947; John Fredk and Susan Sumner in the garden of ‘Surene’; Allan  Gaines looking over the gate at ‘Surene’.

‘Surene’ was demolished in 1964. John and Susan Sumner had died, George’s work as a Stevedore had re-located to Tilbury. The time was ripe for a complete move to Benfleet. And with a growing family, unfortunately, ‘Surene’ was no longer fit for purpose, and a larger house was built. But the memories live on.

George Gaines, the final owner of ‘Surene’, died on Friday 15th October 2021, eleven days short of his 96th birthday. I wrote two poems, during the long hot summer days I sat with him.

PLOTLAND SON
The tree-clad hills ahead in the smoky haze
Lowering skies as storms roll round the hills
Blue, silver and pewter grey – the low clouds race
Sultry days of English summer, close and damp.

Restless wind makes willow branches nod and bow
Sharp, short-lived shower of rain freshens the earth
My inward thoughts turn from the here and now
Of crowds and traffic to a gentler time.

Dog days, long days for a frail old man
Trapped in a crumbling body, in a world of pain
Past sixty years these smoky hills he knew
As he walked for miles, through heat haze, storm and rain.

Up from the station to a simple shack in a field
Stopping off to buy milk from the farm
Roads all unmade; a brook beside Homefields
Bats round the gas light; a meadow at the door.

I think of pictures of a strong young man
Sawing wood, or turning hay with rake
Wife’s parents smile in garden like a field,
Young son, swinging on the garden gate.

A refuge from London’s docks and grime and noise,
At first for high days and holidays they came
Until the day they stayed, with both their boys
And called it home; it was ‘the country’ then.

The wheel of life turns on, as now you age
Under smoky heat haze hills and lowering sky
Old plotland son, resourceful, keen and brave
Recalling halcyon days, as years go by.

GEORGE
Take him gently Lord – so tired –
He sleeps the afternoon away
The sands of time are running through
Will he see another day?

I watch the parchment face I’ve known
This fifty years, through good and ill
I wonder where you go in dreams …
I wonder, are you with us still?

Strong young man unloading bales
Upon Hays Wharf; work, heavy, hot
As Father’s Father did before
The dockers ticket; this, their lot.

Shank’s pony down country lanes
Hoping for better for his sons
Mending the old place at weekends
Fresh air, and a little fun.

You spoke to me of how it was
No childhood really; in those days
Told me enough; your first son’s wife –
I never dreamt it could be that way.

Scales fell from my eyes, I understood
this man; forthright in speech and ways
I first respected, then I loved
And I will miss him all my days.

Dreaming still in your old armchair
Where do you go – the old quayside?
Or dance hall where you met your wife?
Shank’s pony down the country lanes?
As you close this chapter of your life,

Take him gently, Lord, he’s tired –
Show to him what he will be
Strong young man, with courage high –
Who did his best for his family.

The end of an era.