A painter of national repute

Frank Hobden was a painter of national repute with 104 paintings accepted by the British Academy and 10 by the Royal Academy. He made South Benfleet and its locality the subject of a number of landscapes including an oil entitled “Barges at the Ferry, Benfleet-Canvey”.

Should anyone have pictures of his depicting local scenes, we would love to take a digital image to add to this website.

Val Self (nee Sewell) writes that her mother’s family were friends of his and were subsequent owners of Rosebank.  Val believes that all of his works were signed in the bottom left hand corner, but I am not convinced – Sorry Val!  Following her mother’s death in 1999, the family sold several pictures and letters to William Etty, a fellow artist

In 1937 the Reverend S. Gordon Wilson wrote in the Parish Magazine :-

“Few people of the present generation remember the above-named resident, whose mortal remains were laid to rest on November 13th last. For many years he had been crippled with rheumatism and his passing was a merciful release. He came of a distinguished family which included Sir John Franklin, D.C.L., the famous explorer. A life-long artist, Frank Hobden exhibited pictures every year in the Royal Academy and was a member of the Royal Society of British Artists. He was particularly able to portray Greek classical scenes of figures and marble edifices, somewhat in the manner of the late Sir Laurence Alma Tadema, R.A.”

“For many years Frank Hobden was a teacher of portrait painting in a famous London College of Art. The late gentleman was unmarried and was in his 78th year. His brother, Henry Fuller Hobden, who is also buried in our churchyard, was an editor, and for over 40 years one of the best known contributors to the Boys Own Paper. The Hobdens removed to Benfleet about 35 years ago in order to be adjacent to the friend of their schooldays, the late Dr S. Gordon Smith, formerly Medical Officer for Barnsbury, Islington.  All alike were keen yachtsmen in the days when Benfleet was literally a village.”

Please note that he did not exhibit every year at the Royal Academy….all in all 10 pictures are listed.

We have also come across several pictures, which are unsigned but believed to be by him.  They are oil paintings on hardboard and are quite unlike the 2 watercolours featured on the site.  A selection has been added to the site, courtesy of Frances Drewe and Gillian Stolwood. Please click any of them to see a larger version and description. 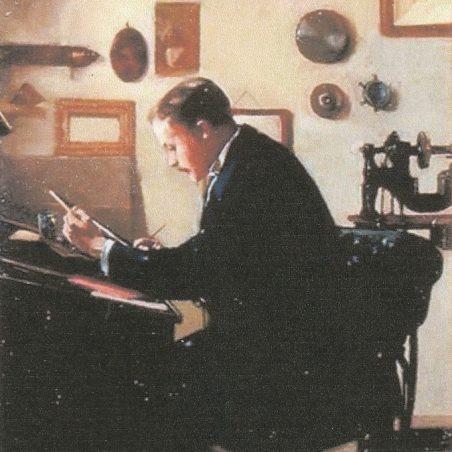 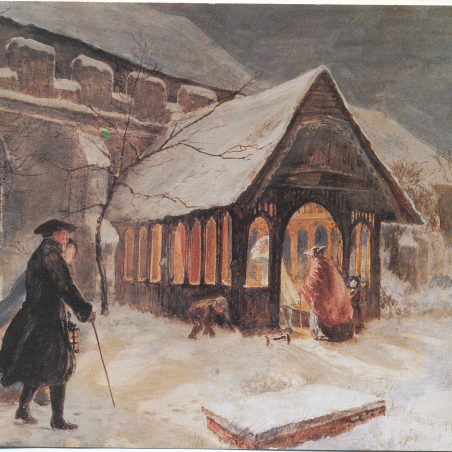 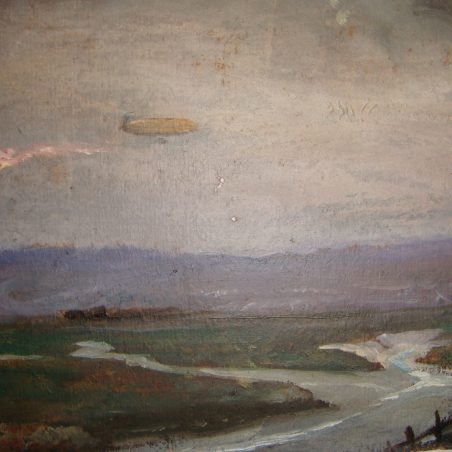 Airship going up the Thames
Hobden ? 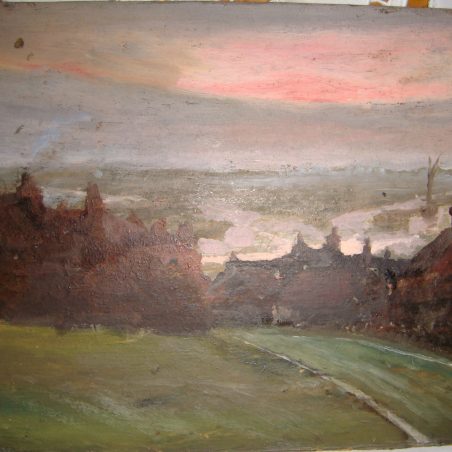 Looking down on Benfleet
Hobden ? 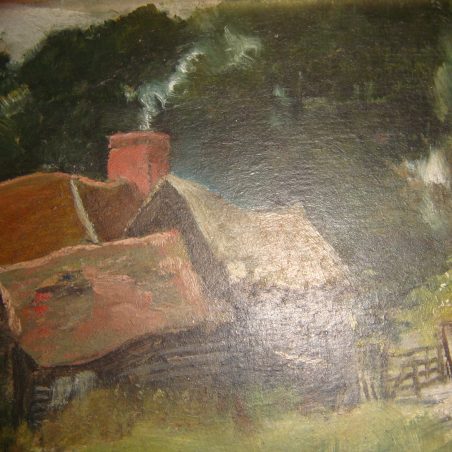 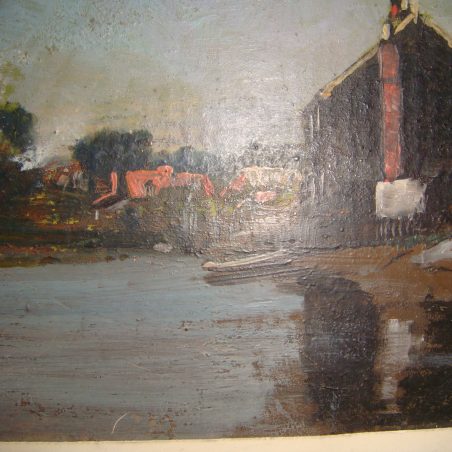 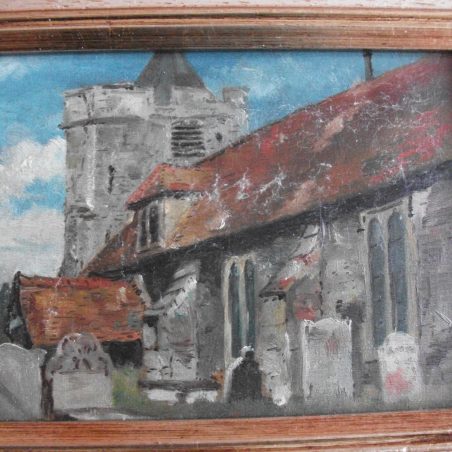 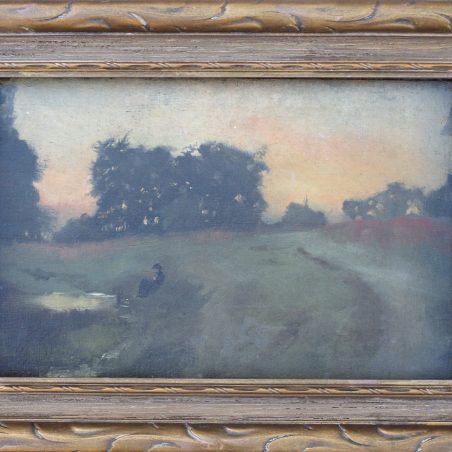