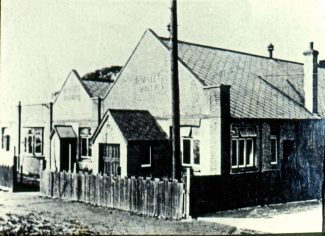 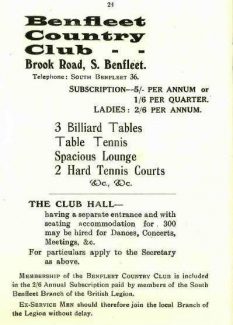 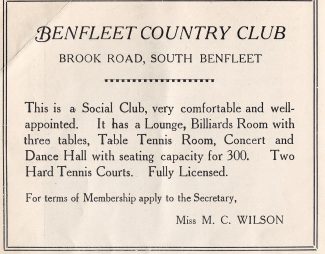 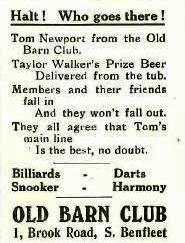 zoom
The Same Club - or an alternative? 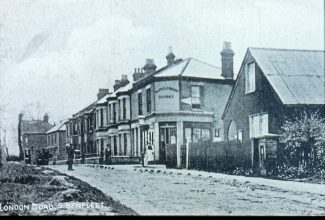 zoom
The building at the junction of High Road and Brook Road - could this have once been a cinema? 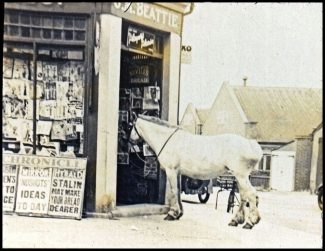 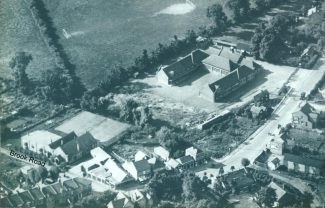 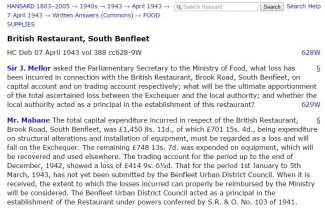 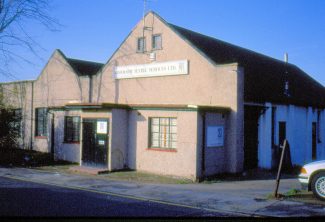 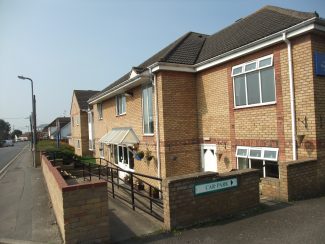 Changes on the site of what is now No.16 Brook Road – Hopes Green Care Home – can be found in photographs and documents over the years.

The first building, and initial use, was for The Benfleet Country Club. Advertised in the Urban District of Benfleet ‘Official Guide’ of 1935 it catered for many tastes boasting ‘Lounge, Billiards Room with three tables, Table Tennis Room, Concert and Dance Hall with seating capacity for 300. Two Tennis Courts and was Fully Licensed.’

In the same document there is also an advertisement for ‘The Old Barn Club’, the address is 1 Brook Road and one wonders if this is the same club or if it could possibly be a similar club held in the building on the corner of Brook Road and High Road! It is rumoured that this was also used as a cinema but we have no definite information on that.

The aerial photograph, taken around the time the new school was built, shows clearly the position of the club and tennis courts.  On the corner can be seen the premises which could possibly be another club.    When this picture was taken that building was being used as a shop – possibly the forerunner to Pickets cycle shop.

It is possible that the club finally closed around April 1943.  Certainly it would seem that the ‘British Restaurant, Brook Road, South Benfleet’ was in financial difficulty and was discussed in parliament. This is shown in the report in the official government publication ‘Hansard’.

Upon the demise of the club the building was used as a factory, mainly in the manufacture of clothes.

And so we come full circle, the old building was finally demolished in the late 1990s to make way for a new purpose built care home.  And so, Hopes Green Care Home began a new phase in the history of Brook Road!

If you, or any family member, have any memories of the social club or of working in the factory we would be delighted to hear from you!