Why so popular after the first world war? 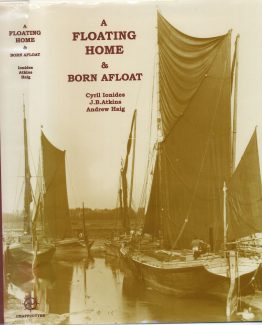 zoom
Golden Hope c. 1900 before her conversion to a houseboat "A Floating Home and Born Afloat" by Cyril Ionides, J B Atkins and Andrew Haig...2003 edition published by Chaffcutter Books
Dr Charles Evers

The heyday for houseboats in Benfleet Creek was probably the period 1920 to 1960, but what started it off? Demand for cheaper accommodation during the depression years? The need for accommodation of any sort  following the second world war? The availability of relatively cheap vessels (ex-landing craft, MTBs and Thames barges)?

I am convinced that they all played a part, but that the idea had a romantic element to it and that this romantic notion sprung from a popular book entitled “A Floating Home”, published in 1918.  Written by Cyril Ionides, the book describes how living on a converted barge and thus avoiding rent and rates, enabled he and his wife (“The Mate”) to send their sons to public school.

There are now many fine books on the subject of Thames barges, but this was the first and concerned itself with not only the family story, but was also written as a tribute to the barge skippers who navigate the busiest of waterways with the smallest of crews and as a study in the Essex dialect. It also features illustrations by Arnold Bennett. A Pre-war article in the “Spectator” brought such a large number of enquiries that the book was born.

While the book does not specifically mention Benfleet, many of the locations visited are in Essex.  In the original text the place names are disguised, for example “Newcliff” is Leigh on Sea, as are the boat names  –   their boat was called the G.A.M.C., but in the book is the “Golden Hope”