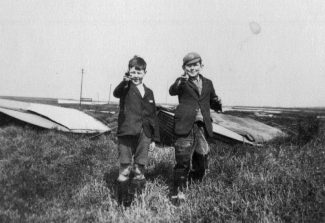 zoom
Hugh on the right with a friend 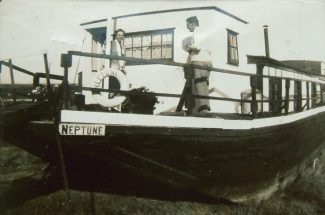 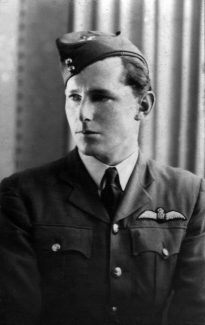 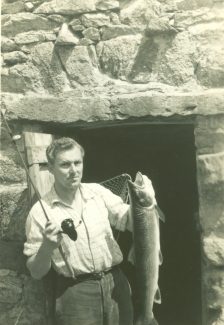 Hugh Falkus, 1917-1996, was one of the foremost natural history film-makers and angling writers of the twentieth century. Two of his BBC films, “Salmo the leaper” and “Self-portrait of a happy man” enticed many viewers to become salmon and sea-trout anglers. A third film, ” Signals for survival” made with Niko Tinbergen, Nobel Laureate and Professor of Animal Behaviour at Oxford, is still the only BBC programme ever to have won both the Montreux Film Festival Italia prize and the New York Blue Ribbon Award for documentaries.

Although he spent the last years of his life in Cumbria, his early and decidedly formative years were spent in and about Benfleet Creek. ” Ours was a remote and contained life . During much of my boyhood we lived afloat, first of all on the east coast in “Neptune”, a converted Thames barge.

So dedicated was James his father to life afloat , that in the mid- 1920s the family decamped from their suburban existence and went to live on a houseboat full-time. The “Neptune” was moored in a backwater of the creek that runs along the north side of Canvey Island.

By the mid 1930s James Falkus had retired from the bank to spend every available  minute on his beloved Essex marshes, sailing, fishing and shooting. Hugh was an apt student and from an early age could shoot, fish and sail.

A companion on many of their expeditions was a one-eyed wildfowler by the name of Puggy Dimmond, an ex-sailing barge skipper, who lived on “Seawitch”, another houseboat. Often these turned out to be misadventures  –  stuck on the mud with the tide ebbing or the engine packs up. On one occasion his father does a “Basil Fawlty” and verbally castigates the magneto when it lets him down.

On another occasion they set off for Holland and they run aground in the fog.   Worried that they will be run down by larger vessels, they take it in turns to bash a saucepan in lieu of a fog horn. As dawn breaks they hear a strange noise coming towards them, which does not waver despite their improvised alarm system, only to find as the fog clears that the noise emanates from a horse and cart being driven along the edge of Foulness!

These stories, Hugh relates with a great deal of humour in his book “Stolen Years”  Another story involves Puggy and a Mr Herrington, the Inspector of Rates for the local council. In those days if the houseboat could float off , they were exempt from rates. If they couldn’t, they were required  to pay. Puggy’s boat was stuck fast and would never float off. However with the help of empty kegs and barrels lashed to the side for extra buoyancy and a liberal offering of rum from a stone jar, Puggy and  Falkus major and minor,  plus several other helpers  managed to convince Mr Herrington that the boat moved and was therefore exempt.

Later Puggy talks to Hugh about the “Muddies”  –  “You’ve heard of the muddies I s’ppose. I nodded “they were the men who used to dig clay out on the marshes. Must have been jolly hard work.”  “Ah” said Puggy. “It was that. Bloody hard work, cutting clay.  There’d be about half a dozen of ’em , and they’d fill a barge between tides. Sailing barges that plied between the saltings and the brickwork’s (Salvation Army ?)jetty. Barge would fetch up  on the mudflats at high tide alongside the cutting, and they’d fill her while the tide was out…..Twenty five bob a week. Mind you, that were a good wage then. Better’n labouring ashore.”

Hugh loved the life: “There I first sensed the magic of salt marshland which, once it has touched you, holds you for ever. Among the wader- haunted flats and saltings most of my boyhood was spent”

“Hugh Falkus  –  A life on the edge” by Chris Newton, published by the Medlar Press in 2007

For a short, but balanced view of Hugh Falkus’s life try :

My thanks to Chris Newton for so readily allowing me to quote text and use photographs from his biography of Hugh.