A War Year In The Creek 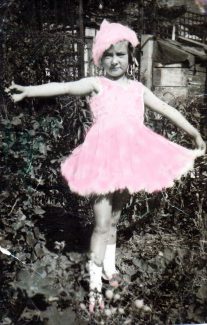 “Evergreen” was a very big houseboat moored with about 20 others in Benfleet creek. Next to it was another named the “Madelane” and another called “Dungiven“,  there was also a smaller boat shaped rather like the “Queen Mary“. The “Evergreen” itself was long enough to have two families living on it, each at extreme ends, the owners of the boat lived one end and us the other.

Unfortunately, our family had suffered with the constant bombing of London, both our immediate family, my Aunt Glady’s with her offspring bombed out who came to live with us, then we all got bombed out, so we had to find some temporary accommodation .

My Father who was a Policeman found through some friends a houseboat down at Benfleet. At first we thought he was kidding, but no, we were heading for the coast.

So there we were, in our new home in Benfleet, a safe haven and respite from the war. There were 7 of us with my grandmother Lillian, my Mother Ethel, Martin my young brother 3 and myself a 10 year old buzzy girl. My Aunt had her two children Janet 8 and Peter 5.

So seven new mariners, all on a new adventure, a stark difference from 3 bed semi’s in Sudbury Harrow, on our own with the men away fighting the war.

I remember being scared of negotiating the rail to get to the toilet that was up top, as the rail stopped short by some 2 or 3 feet, so if one slipped it was the dark sea welcoming me to Davey Jones locker. The steps led down to each of the living quarters where we cooked by a paraffin valve stove, ate, lived and slept.

We had some fun when the tide was out as we could walk in the thick mud up to Leigh on Sea where the cockle sheds were. We were told the mud was therapeutic and that was a good enough excuse for us to cover ourselves all over in it, with a little throwing around to help the others out of course. I remember one day the whole family, except Nana, having a mud fight and then sitting in the sun by the shore next to the boat, we were a frightening sight, pity the Germans didn’t land then, as we all started to turn a nice shade of green as it dried out. Poor Nan came out to find us and was in shock as our lips looked luminous and our eyes bright against the green.

I remember sitting and watching the doodlebugs flying over and sometimes into the barrage balloons which was followed by a cheer from everyone around watching them fall earthbound. The fighters scrapping overhead and bombers flying by, it seems so unreal now.

One day, as I was obviously an adult, I decided to take my 3 year old brother across the fields to pick some lavender. Time passed without notice, until on my return I found the boat raised and away and the only way back, the trusty plank, now under water. With my Mother now panicking as I tried to get back, up to my waist in water, a young man appeared and came to our rescue by lifting my brother onto his shoulders and then came back for me to lift me back onto the boat, I was not popular.

I was sent every morning to get the milk from Benfleet village, a fair walk. My cousin Janet used to ask to go with me, but they wouldn’t let her so she used to scream, sometimes the whole time I was gone. I have to admit for me it was a great time in my life, I loved it. I remember lazy days in the sun rowing a boat up and down the creek with a boy called George from Surrey. I was quite mature for my age so it was fun to be with a nice lad who giggled and joined with me mucking about in boats.

But one day dad appeared and alas he had found us a new home in Willesden Green back in London, a Policeman’s house and so once again I spent many a day and night hiding under stairs and tables, often listening to the guns on the railway line pounding away into the abyss at the planes overhead and waiting for the back doors to get blown in and once again being rescued, covered in dust.

But what memories I had of Benfleet, for a ten year old girl like me.