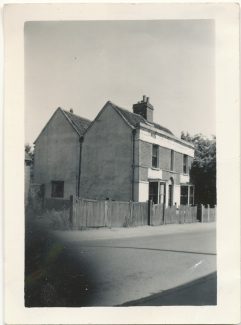 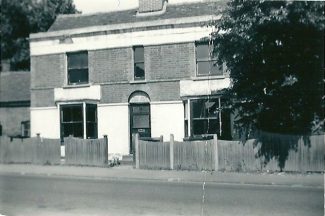 zoom
Sweet Briar Farm house, High Road June 1960
From the collection of the late Kath Fisher with the permission of Paddy Marrisson 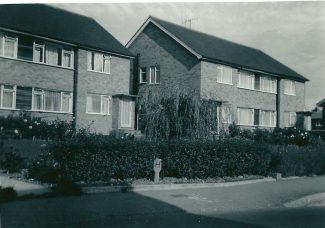 Richard Yetton lived in Sweet Briar Avenue in the 1950’s and his house backed on to the farmhouse and smallholding of Sweet Briar Farm which by this time was rather run down.

As a small boy one of his first memories in 1949 was “spending the whole of the summer living in a bell tent” at the family’s building plot in Sweet Briar Avenue. “The grass was taller than me, we slept on wartime camp beds, we cooked on a primus cooker and clothes were hung up around the tent.  My father worked in an office in London.  I can remember him getting up putting on his suit and going off to work all day leaving mother, my brother and myself at Sweet Briar.”

The Building of Houses in Sweet Briar Avenue

“There were only two other houses in the road a bungalow next door and one other house.’  The house was finished in 1950 and the Yetton family moved to Benfleet permanently.  ‘Over the next 2 or 3 years more houses started to be built in Sweet Briar Avenue.”’ The Purdy Family sold the farmhouse in approximately 1960 after which it was knocked down. “Three semidetached houses were built in its garden in Sweet Briar Avenue and the block of maisonettes which are next to the police station in the High Road. Where the police station is now was still an open field covered in scrub.”

Mr Yetton agreed that this picture of the farm house is how the farmhouse was when the Purdy’s lived there.  Even as a young boy he noticed the buckets on the stairs that would catch rain water that dripped through the roof and first floor.  “We had a wonderful time. … You could run riot.”  While playing cricket in the garden “if a cricket ball went through a window ‘Okay boys carry on.’” That was the attitude.  “It was a kid’s paradise. There was about an acre of garden running back to sweet Briar Avenue, they were trying to be self sufficient on the garden.”

“The coach house was to the left hand side of the farmhouse, it was brick built 30 – 40 feet long and 10 -12 feet wide with an upstairs.  It’s where they used to put pony and traps.  A Mr. Marchant used to live there before the Purdys and he would come down in his pony and trap.  Mr Purdy used to keep his car in there; he was one of the few people in Benfleet to have a car.”