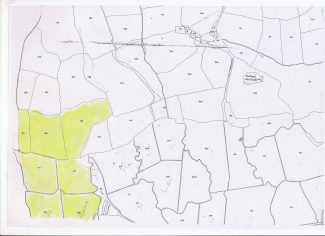 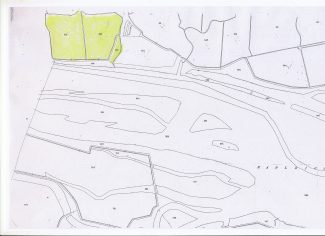 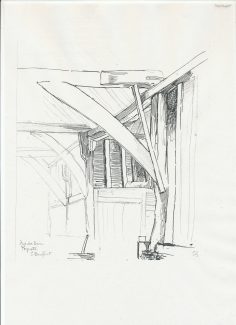 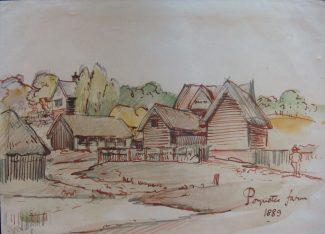 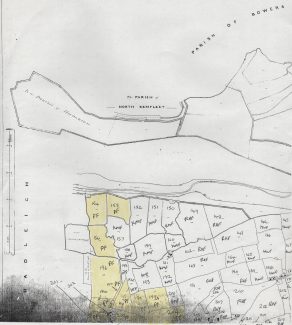 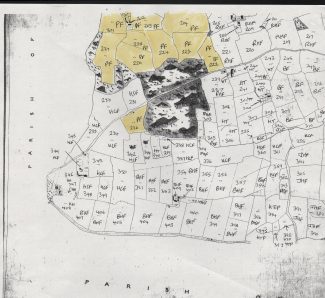 At the time of the 1841 tithe map, there were 15 farms, wholly or partly in the Benfleet parish. Poynetts Farm was one which straddled Benfleet and Hadleigh.

The Hadleigh tithe map is the normal way up unlike its Benfleet counterpart and remember to click on the images to enlarge them. Sadly none of the plots have been given field names.

Poynetts was owned by the Enfield Parochial Charities from 1621 and the rent was used to fund a school in Enfield. However John Poynaunt, after whom it was named was around in 1308. Further references include Poynantes and Poynes in the same year (1412) and Poynattes (1554), so I think it is safe to say that there has been some form of estate/farm in the area for 700 years. Prior to the Reformation the property would probably have been an endowment of a chantry

The bequest was contained in the will of Thomas Blossom, who died in 1418. There is also an abstract of a title deed made out for Sir Charles Nicholson dated 1875, which makes me think that he bought and sold a part of the farm from the Enfield Trust.

In 1875 the Enfield Trustees sold Poynetts Farm for £6,000 after many years of frittering away the rents on costly litigation with various headmasters.

Please click on these links to view other pages regarding Poynetts Farm.

A new house rises from the ashes.

The origin of local place names.