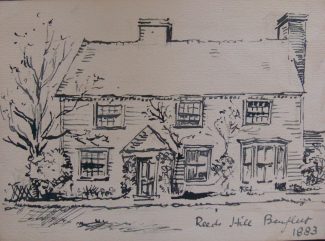 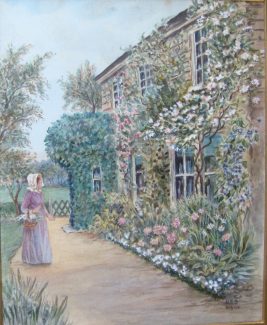 zoom
Another view of the old Reeds Hill farmhouse 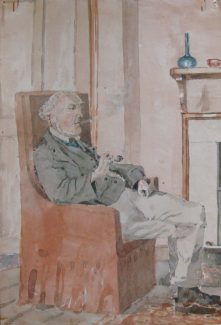 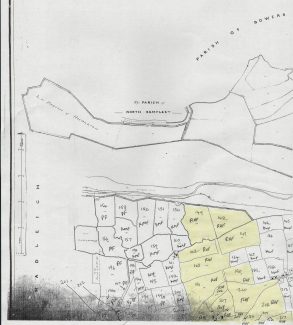 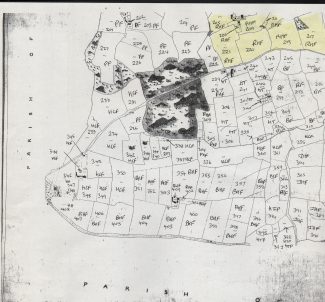 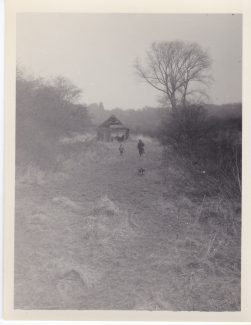 Named after William the Rede, Reeds Hill Farm is one of the few farms in 1841 that is still a working farm today.

It was typical in that the owner, John Henry Nash, rented it to a tenant farmer, James Henry Potter. Absentee landlords were the norm then and it was interesting to see that early voter’s registers reflected this.  However in  Miss Henderson’s Diary for 1875 she recalls the farmer and owner as being one Joseph Augustus Browne (1827 – 1920). He was a popular resident and was  painted by Sir Charles Archibald Nicholson in 1883.

However, back to Miss Henderson, for she wrote that he owned some marshland adjoining another gentleman’s land that was ruined by floods and that this neighbour (Edward Woodard of Billericay) blamed Joseph for the disaster. The damage was substantial as can be seen in the surveyor’s report…a reduction in value of Kersey Marsh Farm from £2,700 to £1,700.  It went to court and Joseph was completely exonerated.  Such was his popularity that when the verdict was received, the church bells were rung.

Remember when viewing these maps to click on the map to enlarge them. Also that you need to view it upside down as it was drawn up with Canvey Island to the north.