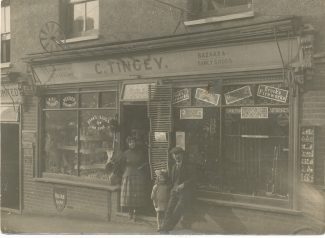 zoom
Lily and Charlie with Iris 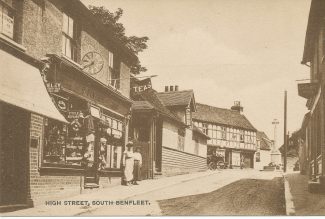 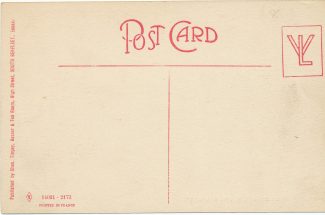 zoom
Stylish postcard published by Tingey but printed in France 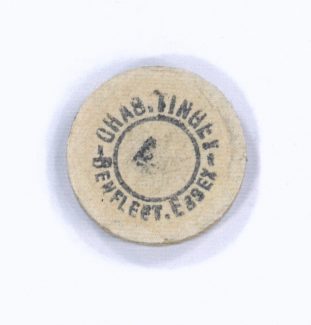 Charles and Lily Tingey had a shop uphill from, and on the same side of the High Street as, the Hoy and Helmet. While Lily ran a tearoom upstairs, Charlie is variously described in the directories of the day (1914 – 1928) as a hardware dealer, a general repairer and a gunmaker.

Born in 1873 he married Leah Susanah (maiden name unknown, but known as Lily) in 1899 at Loddon in Norfolk and by the 1901 census was resident in East Ham with his wife. He is listed as working from his home address (209 White Post Farm) as a picture frame maker.

They arrived in Benfleet sometime between 1901 and 1906, as adverts for gun repairs and furnished apartments to let can be seen in the programme for the 2nd annual regatta (1908) and Scott’s “Illustrated guide to Canvey on Sea.” published in 1906. The 1911 census confirms their address as  “Floral Dale, ” Hopes Green, South Benfleet. His occupation is listed as “general repairer and gunmaker” having served his apprenticeship at J. Blanch & son (a famous London gunmaker….then and now.) Unfortunately the firm’s  records were destroyed in the last war by a bomb.

He was obviously seen as  knowledgeable on all matters connected with shooting as the local paper, The Benfleet, Canvey and District News, announced in October 1922 “During the winter months a series of interesting articles on sporting items will be contributed by Mr C Tingey, the well-known gunsmith of South Benfleet.”  He apparently shot at Bisley, but so far have been unable to confirm with what success.

It would seem from the newspaper advert that Charlie had, as was customary among gunmakers,  his name put on the cartridges he sold.  I would dearly like to photograph any that are still in existence, live or spent.

They did not have children of their own, so the classic photograph shows Charlie and Lily with Iris Knightley, with Lily having dyed her hair red to match Iris’s own.

Her red hair was the subject of a practical joke carried out by Ted Land Junior from the Anchor. Under the pretext that her hair was on fire, Ted picked Lily up and dumped her in the horse trough. She never spoke to him again !

I have found it difficult to be certain as to when and why they left Benfleet.  It seems that Charlie died in Norfolk in 1928 and Lily in 1953.  Certainly I have been unable to trace any record of them in Benfleet after 1928. If anyone can add to the information already gleaned, please do so.