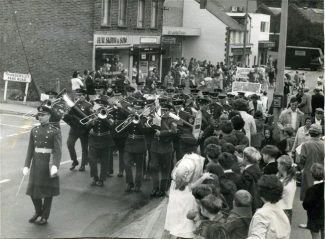 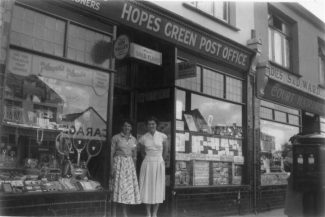 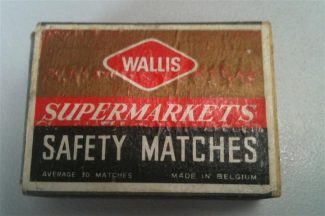 Lee Morgan, who grew up in Benfleet and attended Benfleet Primary School, sent us this photograph of the grand opening parade for Wallis Supermarket.  This was in the High Road opposite the School. Later it became a Co-operative supermarket but this has since closed.  On the corner of Thundersley Park Road, is Smith’s the bakers.

Next door is Benfleet Insurance Brokers. This was operated by Mary and Ken Morgan, Lee’s parents, and they can be seen standing in the doorway enjoying the occasion.

Lee also sent the second photograph, taken in 1956, of Hopes Green Post Office and toy shop. Outside the shop, which was at No.304 in the High Road, stand, left, Mary Morgan who worked there at that time and, right, Mrs. Drane, the owner’s wife.