The Crown to Half Crown 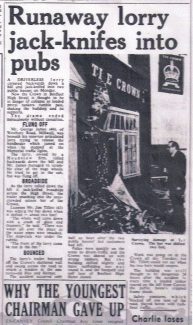 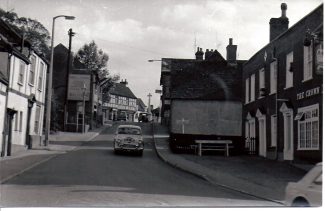 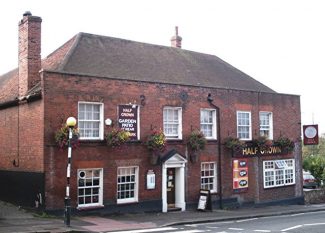 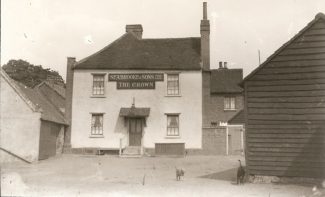 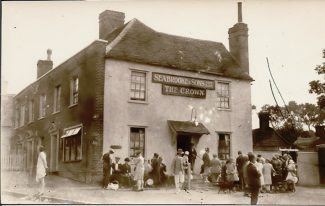 A recent change of management saw many old pictures adorning the walls of the Half Crown public house placed into storage whilst re-decoration took place. Thanks to the current landlady Tess, among those pictures was a cutting from the Evening Echo giving a description of how the pub was damaged. As a result of the accident it was suggested that in future the name of the pub should be changed from the Crown to the Half Crown.

Unfortunately the article has not reproduced well so we have printed the text below. We do not know the exact date of the accident.

“A driverless lorry careered backwards down a hill and jack-knifed into two public houses on Monday.

Now the Crown in Benfleet High Street is thought to be in danger of collapse as loaded petrol tankers rumble past, shaking the building and its supports.

The drama ended miraculously without casualties.

Mr. George James (49), of Westbury Road, Millwall, was beneath his nine-ton articulated lorry trying to release the handbrake which jammed on when he stoped at the Memorial traffic lights.

The lorry, owned by a Hounslow firm, rolled backwards down the hill and Mr. James managed to scramble clear of the huge wheels.  He tried to get in the cab but was flung off.

As the lorry rolled down the hill it jack-knifed broadside across the High Street, the trailer smashing into the once crowded saloon bar of the Crown.

Licensee, Mr. Jim Tillett (43) was wiping the bar down when it shifted – about two feet!

‘The whole wall came down with a crash of glass and masonry.’ he said. ‘There was water all over the place as the water pipes were smashed. The stop-cock was under the rubble.

‘The front of the lorry came to rest in the bar.’

The lorry’s trailer bounced off the Crown’s shattered wall and swung across the road to smash a window in the centuries-old Hoy and Helmet.

The accident occurred only half an hour after the two public houses’ last customers had left.

Police were quickly on the scene to direct traffic and the Crown was shored up with strong timbers. But the building shifted slightly and more scaffolding was put round it and the footpath and one lane of Benfleet High Street closed.

Work was going on at the Crown all day Tuesday, but Mr. Tillett could not say when his two bars would reopen.

The building was still thought to be dangerous 24 hours after the accident – every time a loaded tanker roared up the hill from Canvey the public house’s crippled frame shook.

Safety measures, which blocked off one lane of the road, played havoc with rush-hour traffic.”

The remaining pictures give us an insight as to how the public house has changed. Although we are unable to date them it can be seen how the building has been built up over the years to its present state.