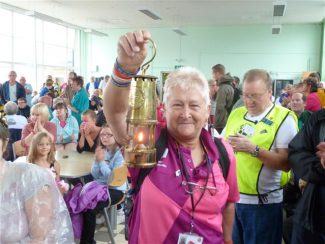 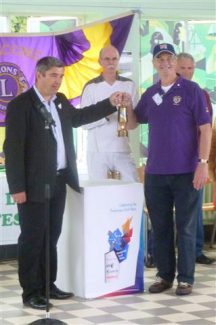 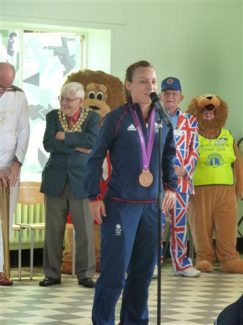 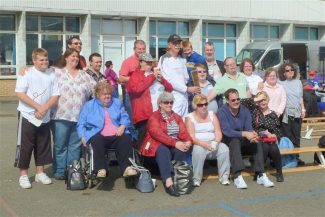 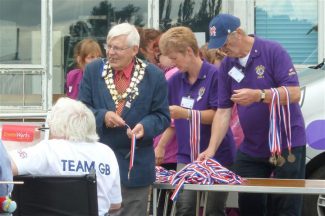 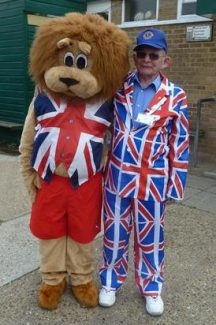 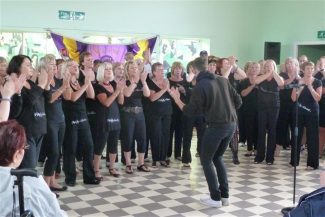 “On Saturday 25 August Lions Clubs of South East Essex ran their annual Sports Day and Fun Festival for the Disabled at The King John School in Benfleet, Essex following a special invitation by Essex Legacy from the 2012 Games.

“In the week leading up to the start of the 2012 Paralympic Games a national event “The Paralympic Torch Celebration” took place. The official Essex Event, one of only 33 in the country, was held in Benfleet.”

“The Archive wish to thank Leigh Lions for supplying, and allowing us to use, this report of their event. For more articles and photographs click on the links at the bottom of the page.”

“The event was organised by the Lions Clubs of South East Essex from Canvey Island, Castle Point, Rayleigh, Leigh on Sea (including their Eastwood Branch) and Southend on Sea.

“Lions came from Clubs in Thurrock, Billericay, South Woodham Ferrers, March, Wymonham, Witham and Clacton to lend support to the occasion and there was a true sense of camaraderie present throughout.

“There were 150 disabled people taking part who together with their helpers, 60 Lions, the team from Legacy 2012 and entertainers resulted in Lions catering for over 350 people present.

“The Opening Ceremony was performed by Cllr Stephen Castle with Chloe Rogers, who won the bronze medal as part of the Olympic Hockey team.

“Lion Ian Groome who was an Olympic Torch bearer and DG Lion Jim Cawte were also present as The Flame was entrusted to the co-ordinator of the event Lion John Sanderson for safe keeping during the celebration.

“Essex Legacy provided entertainment for the Celebration performed by Funky Voices who sang an Olympic Medley, The Street Team with a collection of the best Urban Sports Performers including NuWave dancers.

“Lions organised the field sports of archery, petanque, javelin and shot put together with the five-a-side football and target bowls played on the astroturf pitch. In the sports hall they also ran the table tennis, basketball, new age kurling and several other games, while on the playground they held the wheelchair slalom and wheelchair barn dance.

“Lions provided food from the BBQ, rolls and refreshments for everyone present.

“Music was provided by the Castle Point Lions group REWIRED – Rock and Blues Band and all the music was enjoyed by everyone present.

“The event came to a close with a grand raffle followed by a medal ceremony with each of the competitors receiving at least one of our Lions gold, silver or bronze medals together with a ‘goodies’ bag provided by Essex Legacy.”