The Battle for Benfleet : a Viking stronghold 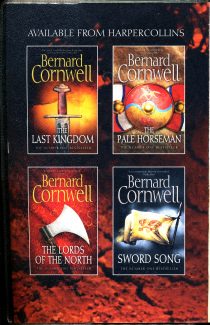 zoom
The first 4 books in the series 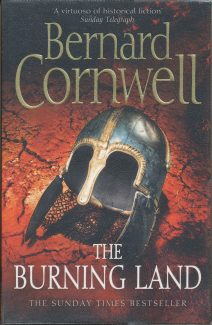 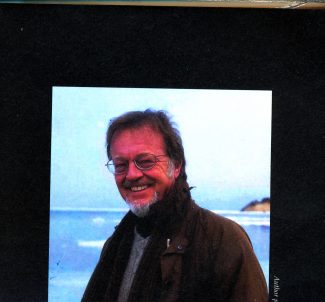 Bernard Cornwell, the hugely successful writer of historical novels, creator of Sharpe, the Napoleonic era hero, is now resident in America, but was brought up in Thundersley.

Benfleet gets a number of mentions in his “Saxon” series, because of the fort that Haesten the Dane built there, threatening as it did trade on the river Thames and therefore London.

First in  Sword Song, published in 2007, when the hero Uhtred of Bebbanburgh (Bamburgh) reconnoitres the area from the Thames, prior to rescuing Alfred’s captive daughter:-

” Beamfleot lay beneath a hill that sloped steeply down to the creek. One of the fishermen, a younger man who seemed blessed with more wit than his companions, stood beside me and named the places as I pointed at them. the settlement beneath the hill, he confirmed, was Beamfleot, and the creek he insisted was a river, the Hothlege (river Hadleigh). Beamfleot lay on the Hothlege’s nortern bank while the southern bank was a low, dark, wide and sullen island  “Caninga”the fisherman told me.

I repeated the names, memorising them as I memorised  the land I saw.

Caninga was a sodden place, an island of marsh and reeds, wildfowl and mud. The Hothlege, which looked to me more like a creek than a river, was a tangle of mudbanks through which a channel twisted towards the hill abnove Beamfleot….One chain led to a massive post sunk on Caninga’s shore, while the other was attached to a tree that grew lonely on the smaller island that formed the northern bank of the channel’s mouth. Two Tree Island, the fisherman saw where  I was looking and named the islet.

But there’s only one tree there, I pointed out.

In my father’s day there were two, lord.”

Five years later in “The Burning Land” a new fort has been built :-

” The fort was built at the foot of the hill, where the steep grassy drop levelled into a gentler slope that ended as a low ridge snaking into the marsh besides the creek. It was near low tide and I could see the intricate mudflats where the creek melded into marsh, and I saw how Haesten had built his new fort on that last tongue of firmer ground, but then had dug a broad moat to protect the eastern wall from a frontal assault. He had made the fort into an island, three times as long  as it was wide.

The southern rampart stretched along the creek and was protected by the deep- water channel, the western and northern walls looked over wide flooded inlets and endless tide-haunted marshes,while the short eastern pallisade, which held the main gate  and was facing us , was protected by its newly dug moat. “

The Anglo-Saxon Chronicles are frustratingly short on detail as to how the the victory was achieved, but it clearly was an overwhelming one.

To find out how Uhtred overcomes this formidable obstacle, read the book.  Suffice it to say that it involved bees  from Hockley !

Thundersley also appears in the final book  (Excalibur) of the Warlord Chronicles Trilogy :  Aelle’s winter quarters were at a place the Saxons called Thunreslea. It was a high hill in a flat landscape of clay fields and dark marshes, and from the hill’s flat summit a man could stare southwards across the wide Thames towards the misty land  where Cerdic ruled.