A Writer of Adventure Stories 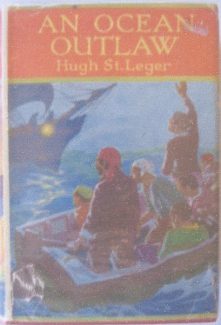 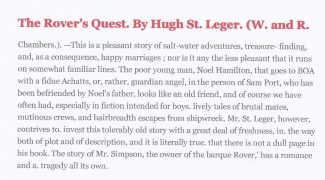 Hugh St Leger wrote adventure stories in the period between 1896 and 1924… A list of book titles can be found below. Twice married (1889 and 1913), his second wife, Henrietta Fraser Williamson, was a local widow living at Albion View in the Endway.  The 1911 census has him listed as a boarder at this address.  Sadly he lost a nephew, Dennis Claude Grant St Leger, in 1918, towards the end of the first world war.

P.C. Monk said he saw prisoners in a drunken condition.  He thought they were going to attack him, and he pushed one down.  They refused to give their names and witness handcuffed two of them, got hold of the other one and put the three of them into the waiting room at the railway station.

Mr St Leger stated that prisoners were at the barrier at Southend station, having an altercation with the ticket collector.  He asked them to move and they threatened to “smash him”.  Both at Westcliff and at Leigh accused threatened him.  At Benfleet prisoners rushed at him.  Mrs St Leger was knocked down and witness received a nasty blow in the eye and several bruises .

The charge against Gibbs of assaulting Mr St Leger was dismissed. Wilson and Belton were each sentenced to 14 days hard labour for the assault and the three defendants were each fined 10s and costs for being drunk and disorderly.