The view from Benfleet 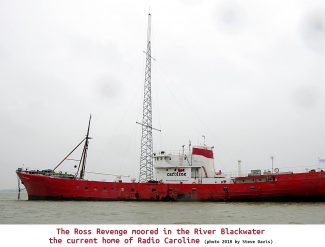 If you lived through the 1960s, what were your experiences of the Swinging 60s?

I suspect that your memories and experiences are/were very different to the ones popularly portrayed by the media, which tends to centre around just a few things that were happening in London or maybe Liverpool. The King’s Road seemed a long way from Kents Hill Road and, back in the day, you were unlikely to find Carnaby Street fashion in any of the Tarpots shops.

…..we were rocking to the Beatles original, courtesy of a ship or a World War 2 fort somewhere out in the North Sea.

But at least in the South East we had something that many others, including my country cousins in the South West, didn’t have. While they were listening to the Joe Loss Orchestra murdering “A Hard Days Night” on the BBC Light service, we were rocking to the Beatles original, courtesy of a ship or a World War 2 fort somewhere out in the North Sea.

And when did the Swinging 60s start?
I suspect few would opt for 1960. I know my parents struggled financially through the post-war 1950s. Wartime rationing had only come to an end in the summer of 1954, and at a low point during the 50s, my mother took our coronation coins (given to my brother and I by relatives) to the Post Office at Tarpots and cashed them in!

But I think things had improved by 1960, and certainly during 1962 we were able to replace our motorcycle/sidecar combo for our first second hand car. And also, in the same year, I remember that mum won £100 from some door-to-door lottery and went out and bought our first record player; an imitation Dansette with a BSR auto-changer record deck, which was probably bought new from Croisettes for about £20.

My first record was “Runaway” by Del Shannon, which I bought from the Post Office at Tarpots

My first record was “Runaway” by Del Shannon, which I bought from the Post Office at Tarpots when I was 10 years old. Having a 15 year old brother (who was a Buddy Holly fan) was a huge benefit to my musical education at the time.

During the autumn of 1962, something extraordinary happened. A record written and performed by an unknown band entered the Top 20. It was one of the best modern records released in 1962, but while Rolf Harris was sitting at #3, The Beatles could do no better than #17 position with “Love Me Do”. How come? Well, three reasons come to mind;

1) During the 1950s and the early 1960s, working class kids didn’t have the money to buy records, so the charts were often dominated by music chosen by “mums”.
2) There were only two TV stations and three (BBC) UK radio stations.
3) The entertainment business was dominated by old fellas that only understood “variety” (e.g. TV programs had to have a “crooner” singing old favourites, a magician, a juggler/acrobat, a comic, a novelty music act and a troupe of dancers).

New acts had to conform to certain “norms”. Fortunately The Beatles had Brian Epstein to promote and guide them through this media maze.

But I don’t think the 60s had started swinging by 1962. At least during 1963 the Beatles started to become widely known, and were joined in the charts by Gerry & The Pacemakers, the Searchers, Billy J. Kramer & the Dakotas, Cilla Black and the Rolling Stones.

Like many King John schoolboys in the early 60s, he didn’t have any smart “going out” clothes. So if this outing to see the ‘Fab 4’ was in the months before he started work, he would probably have removed the school badge from his school blazer and worn that, along with black shoes and dark grey trousers.

I think it must have been during 1963 that my brother (by this time 16 years old) queued all night outside a Southend cinema to get tickets to see the Beatles. Like many King John schoolboys in the early 60s, he didn’t have any smart “going out” clothes. So if this outing to see the ‘Fab 4’ was in the months before he started work, he would probably have removed the school badge from his school blazer and worn that, along with black shoes and dark grey trousers.

During the Easter weekend of 1964, things went up a gear with the arrival off the Essex coast of Radio Caroline. Reception in Benfleet was great, and Caroline was soon joined by Radio Atlanta and Radio London. With a new demand for pop music, everybody that could get their hands on a guitar or a drum kit was joining a group. Bands like Manfred Mann, the Hollies, the Kinks and the Who were signed up to meet the increasing demand for [young people’s] popular music, and to fuel the American Invasion.

……I like to think the name came from a certain King John science teacher, who used to call us Trogs if we mucked about in his lesson.

A group of Benfleet musicians were also developing their skills. For a while they were called The Troggs, and I like to think the name came from a certain King John science teacher, who used to call us Trogs if we mucked about in his lesson. However, I can’t find any evidence that it was Mr. Neil that donated the name. But in any case, during 1966 the west country Troggs had a hit with Wild Thing, so our Troggs changed their name and eventually became Sadie’s Expression.

The establishment did all they could to squash the offshore radio stations, despite their role in developing the rapidly growing 60s music industry, which was pumping millions into the struggling UK economy. By the end of 1967, Radio Caroline was on her own, providing an on/off service for the next few decades, before returning more recently as a full time station (http://www.radiocaroline.co.uk).

By 1966, the idea of wearing a modified school uniform when going out for the evening was laughable. I guess that our financial fortunes had improved beyond all expectations. Less than 5 years separated me from my brother, but it seemed back then like he belonged to a much earlier (and much greyer) generation.

I think it was one night in January 1966 that we were hanging around outside a chip shop in Hadleigh, when the 4 members of the Who ran out of the Kingsway, and across the road to the Crown pub. So Hadleigh was also swinging in a small way by the mid 60s, although I believe the Kingsway closed its doors for good during 1970.

When I left school in 1968, getting a job was not a problem. The country was in full ‘Swinging’ mode, and the future problems of the 1970s, with strikes and a 3 day week, would have seemed improbable back then, in the 60s.

So I guess for me, the Swinging 60s started with the arrival of the Beatles in 1963 and we were in full-swing when offshore radio arrived early in 1964. The ‘decade’ probably came to end around 1972.

Benfleet may have been a bit “sleepy” back then, but at least we were close to Southend and Basildon if we needed a bit of excitement