The joker and the daredevil 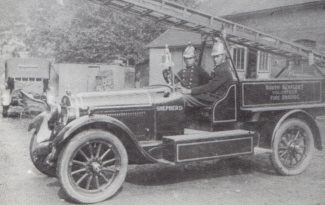 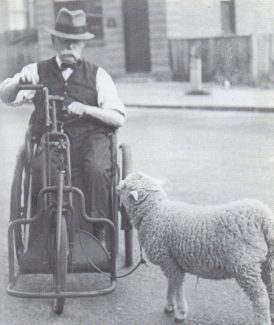 As publicans at the Anchor, the Lands were an integral part of Benfleet life for at least five decades. They were a community minded family, who made available Anchor Meadows for charity events and provided a home for the much loved fire engine. The proximity of his workplace resulted in Ted junior becoming the main driver of said vehicle.

The volunteer crew would be summoned to action by Ted junior letting off a maroon in his own inimitable fashion: “It was rumoured …that it was his habit to light the fuse at the gas stove in the kitchen of the Anchor …dash across the yard and set it up on the launcher…a very hazardous task,” but one that is consistent with other incidents (quote from Alec Johnson’s article on his father Walter).

A subject that we will come back to in due course. First a little background on the family and their tenure at the Anchor. In the beginning there were George (born 1833) and Sarah (born 1832). According to Kelly’s Directories George was publican between 1890 and 1908. His son Edward, (born 1869), known as Ted, was publican between 1914 and 1933. Married May (born 1890) and had 2 sons and a daughter …Edward, known as Ted Junior, George and Annabel.

I suspect that like father like son as Ted senior was not above the odd practical joke. Molly Eskew (nee Went) recalls: The Anchor, kept by a well known local character called Ted Land, should not be forgotten, as he once conned half the village of Benfleet into catching the next train to Southend, to see the whale, which he said had been washed up on Southend beach.”

However it was Ted Junior who was more active …understandably as Ted senior had lost his legs and was confined to a bathchair. Iris and Doris Knightley were his next victims. The two sisters shared a bed above the shop across the road from the Anchor. Iris Sugg, nee Knightley recalls that they had planned to rise early one morning to sell roses at the station and somehow Ted junior had got wind of this.

“I don’t know how he managed to get in and upstairs without anyone noticing, but somehow Ted Land from the Anchor opposite had managed to tie a string to the corner of the blanket and let it out the window …He was up way before us and found his piece of string on the outside. It was summer and we were sleeping with open windows. Suddenly both Doris and I were wide awake and feeling the draught without our blanket, which sailed off through the open window on the end of Ted’s string.”

The truly dramatic incident which shines brightly in his repertoire was the treatment he handed out to Lilly Tingey. Iris Sugg sets the scene in her booklet “Memories of Benfleet” :  Charlie Tingey had a gunsmith’s shop nearby and his wife Lilly had a gift shop with a tea-shop above. She had red hair and she loved to dress in red. She and Ted Land didn’t like one another. One day when she appeared on the street corner in a red dress with shoes, gloves and bag all to match Ted took up a dare from someone in the bar. He pretended she was on fire and rushed across the road, picked her up and dumped her in the horse trough. The customers from the Anchor stood outside to see the fun and raised their glasses as she climbed out dripping wet. She ran back home to her Charlie and never spoke to Ted again.

Perhaps the last word should go to Samuel Soddy, who had a great affection for the pub and its landlords, expressed in his ode “I know an inn”, which suggests that Ted Land was not above some creative scoring during crib games:

You may play at crib, if you want a game
And have plenty of time to spare
But watch old Ted, when he shifts the pegs
And see that he’s marking square.