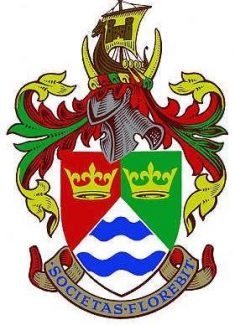 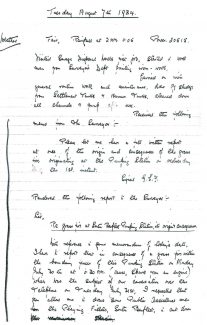 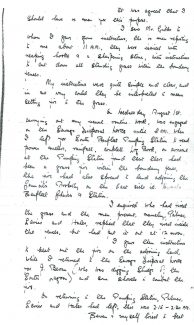 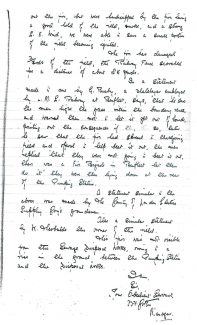 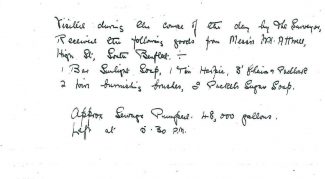 Detailed diary of a day in the life

In the 1930s and 1940s a gentleman by the name of Cotton was the work’s Manager for Sewage Disposal in Benfleet. Mr Cotton kept meticulous diaries of his daily regime and Castle Point Council have loaned us the complete collection of these diaries, enabling us to add some of the more interesting entries to this site.

There follows a transcript of Mr Cotton’s days’ work carried out on Tuesday, August 7th, 1934. The original pages are shown.

Carried on with general routine work and maintenance, drew off sludge from Settlement Tanks and Humus Tanks, cleaned down all channels and pump after use.

Received the following memo from the Surveyor:-

Please let me have a full written report at once of the origin and consequences of the grass fire originating at the Pumping Station on Wednesday last, the 1st instant.

Rendered the following report to the Surveyor:-

re: grass fire at South Benfleet Pumping Station, its origin and consequences

With reference to your memorandum of today’s date, I have to report that in consequence of a grass fire within the boundary fences of this Pumping Station on Monday July 30th at 6.30pm. (cause, spark from an engine) which was the subject of our conversation over the telephone on Tuesday July 31st.  I requested that you allow me to draw some Public Assistance men from the Playing Fields, South Benfleet, to cut down  (writing has been crossed out).

It was agreed that I should have 4 men for this purpose.

I saw Mr. Gibbs to whom I gave your instructions, the 4 men reporting to me about 11am. they were issued with reaping hooks and a sharpening stone, with instructions to cut down all standing grass within the boundary fences.

My instructions were quite simple and clear, and in no way could they be interpreted to mean setting fire to the grass.

On Wednesday August 1st, carrying out my usual routine work, was engaged on the Sewage Disposal Works until 2pm.  When I left for South Benfleet Pumping Station to read power meters, rainfall, complete Log Book, on arrival at the Pumping Station found that there had been a grass fire within the boundary fence, the fire had also spread to land adjoining the Council’s Property on the East side ie towards Benfleet Church and Station.

I enquired who had fired the grass and the men present, namely Palmer, Scrier and Hales, replied that they fired inside the fences, but had put it out at 12 noon.

I gave them instructions to beat out the fire on the adjoining land, while I returned to the Sewage Disposal Works for J. Bevan (who was digging sludge off the South Lagoon) and some shovels to combat the fire.

Bevan and myself tried to beat out the fire, but were handicapped by the fire having a good hold of the field, smoke, and a strong S.E. wind, we were able to save a small portion of the field becoming ignited.

The fire has damaged 2/3rds of the field, the Railway Fence scorched for a distance of about 25 yards.

In a statement made to me by G. Busby, a platelayer employed by L.M.S. Railway at Benfleet, says, “that he saw the men light the grass within the boundary fence, and warned them not to let it get out of bounds, pointing out the consequences if they did so, later he saw that the fire had spread to the adjoining field and offered to help beat it out, the men replied “that they were not going to beat it out, there was a Fire Brigade in Benfleet let them do it” they were then lying down at the rear of the Pumping Station.

A statement similar to the above was made by the County of London Electric Supply Company’s groundsman.

Also a similar statement by W. Theobalds the owner of the field.

I am,
Sir,
Your Obedient Servant,
B.H. Cotton
Manager

Visited during the course of the day by the Surveyor.
Received the following goods from Messrs F.H. Attwell,
High St, South Benfleet:-