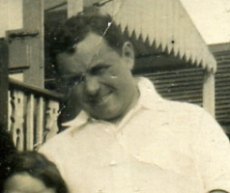 William Milton Bull, my mother’s brother, born 1893 trained at the London Hospital in dentistry. On qualifying he joined the Royal Navy toward the end of WW1 as a Dental Officer. At the end of the war he transferred to the Naval Reserves with the rank of Commander.

On leaving the Navy he opened a dental surgery in Ailsa Road, Westcliff-on-Sea, and later one in a bungalow No.7 at the bottom of Vicarage Hill, This was opened one day a week which I believe was on a Wednesday. He died in 1936 at the age of 45.