Renovation of the Club House 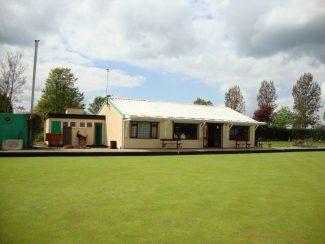 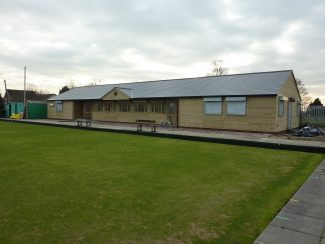 Towards the end of the Second World War a group of shopkeepers around Benfleet obtained permission from the council to excavate and refill a piece of ground at no cost to the council to build  a bowls green.  Money was raised from the collection of empty bottles (at this time money would be given by shopkeepers when empty bottles and jars  were returned, for example lemonade bottles, beer bottles even jam jars) to help to pay some of wages for the helpers. The work started in 1945 and finished 1946. The club house was an old fire fighting hut with no water or toilet, members had to fetch water from the footballer’s dressing rooms. The first fixtures started 1947.

Possibly the opening of the South Benfleet Bowling Club’s new pavilion in 1955.

In 1958 the club was given permission to build a larger club house made from asbestos sheets and temporary toilets were installed. About 1986 the club house was made bigger by a group of members using breeze blocks. The green was relayed by the council 20 years ago. In 2009 Canvey was added to our name. There are about 160 members; the club has the largest number of members for a bowls club in this area.

Around 2008 the club started to raise funds to improve the clubhouse as it was felt that it was in need of major renovation, the old clubhouse was pulled down in September 2010, groundwork started in October.  By January 20011 the club house is nearly completed with just painting inside to do it is anticipated that it should all be completed by April 2011.  The bowls clubs plans to hold a celebration when it will opens its new clubhouse for the new 2011 season.