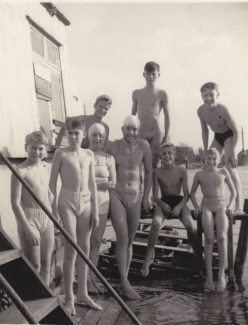 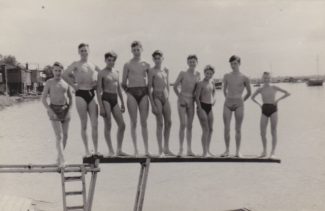 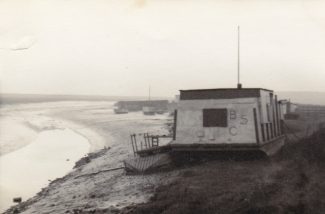 Read about the history of Benfleet Swimming Club.

Years ago Benfleet creek was a popular place with the younger generation and boasted a swimming club.

The principal organisers in those days were Lilian Raffin and Walter Hodges – both of whom can be seen in the first photograph – along with some of the young members.

The following photograph shows the boys on the diving board. This was only used in the summer months and removed for the winter – as can be seen in the last photo.

If anyone has their own memories of swimming in the creek, please let us know.