Route to Canvey from Benfleet changed in 1828 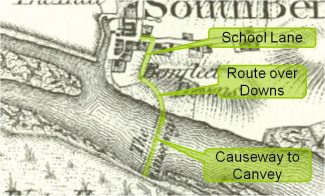 zoom
The ancient route to Canvey Island in 1777
Phil Coley 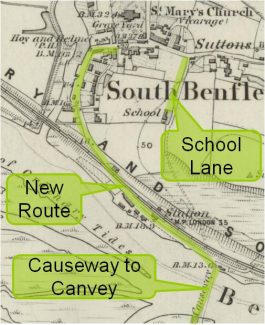 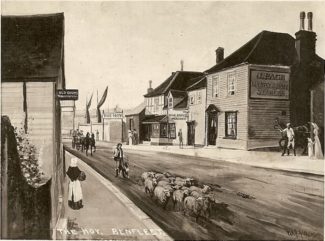 In 1828 the first major change for centuries took place in the Benfleet Road layout. The way to Canvey Island had always been to go down School Lane and over the Downs to the Causeway. This was largely level but did have a steep drop as it reached the creek. (It is still possible to go this way but care has to be taken in crossing the railway line.)

The local business men and parish authorities decided that this was not good enough. We can presume that the reasons may have been the steep climb for taking cattle and sheep off the island, the long way around from the wharves to deliver material to Canvey and the fact that two of Benfleet’s pubs were missed by people coming off the island. Whatever the reasons  a petition was made to Special Sessions held in Sessions Room, ‘Crown’, Billericay to change the route.

The detail was to change the route from:

The new route was described as:

This change, which was sensible at the time, led in the 20th century to many alterations in Benfleet High Street to accommodate more traffic to Canvey resulting in a large number of the buildings being demolished.