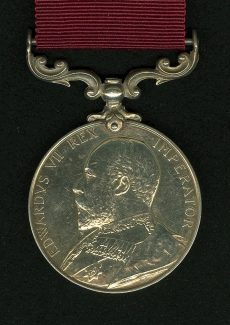 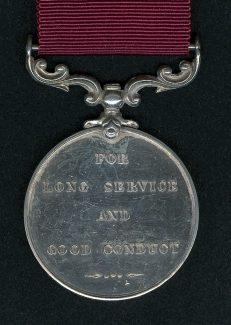 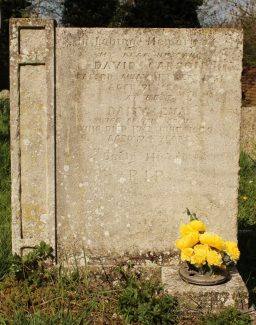 1886.  November 27.
Attested for the Royal Irish Fusiliers, giving his age as 18 years 0 months.  Was currently or had served with the 5th Battalion Royal Irish Rifles.  Later records indicate his age was nearer 16 years when he signed the Oath on Attestation.

Shown below is the actual medal awarded to David Carson.  It is correctly impressed on the rim as follows :-

Also entitled to the British South Africa Company’s Medal 1890–1897 with Mashonaland and Matabeleland bars.  Awarded for the four campaigns to surpress the Mashonas and Matabele tribes.

1918.  September 24.
Discharged.
His later occupation is recorded as a School Drill Instructor (Retired).

1941.  September 1.  South Benfleet, Essex.
David Thomas Carson died at ‘Maylands’ Thundersly Park Road.  His daughter, then Dorothy Wray, of Canadian Avenue, Hoole, Chester, was present at the death.
He was laid to rest in St. Mary the Virgin Churchyard.

Engraved on the headstone.