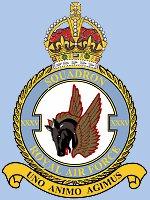 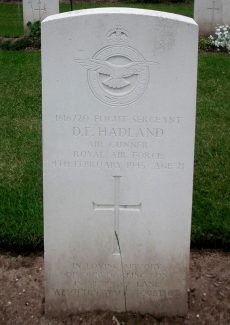 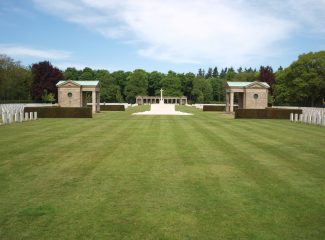 On 4 February 1945, the crew of Lancaster Bomber III, took off from RAF Graveley, Cambridgeshire.  Within hours all the crew died when their bomber crashed on the east bank of the River Rhine at Bonn-Beuel.  Initially, they were laid to rest there.  In April 1946 the Army Graves Service selected a site to begin the construction of the Rheinberg War Cemetery, during which Commonwealth graves were recovered from many German cemeteries in the area and taken there for reburial.

The cemetery contains 3170 identified casualties. The majority are airmen.