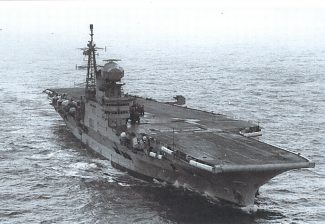 Leading Airman, Victor William Ernest Watkins was one of three crew members in a Fairey Barracuda aircraft that had taken off from H.M.S. Victorious to practice dive bombing.  When attempting to pull out of a dive the Barracuda’s wings folded and crashed into the sea.  The bodies of the crew were never found.

On the same day a Corsair aircraft took off from H.M.S. Victorious for a practice exercise performing aerobatics during which a high speed stall sent the aircraft crashing into the sea.  The body of Pilot, Sub-Lieutenant Malcolm Campbell Kelly, of Glasgow, was never found.