His last letter home, the death of a son and brother

Stanley was only 18 yrs old when he died, below is the last letter he sent home to his brother Dennis.  Stanley addressed the letter to Tig and signed it Wink both were nicknames used by the brothers.

Typed copy of original Second World War soldiers letter home, to make your reading easier, sent just a few days before he was fatally wounded. Original copy of letter at the bottom of the page.

Thank you for the letter which I received last evening sorry to hear you’ve been in bed for a day.  I expect you’ve been eating to much fruit lately, we’ve not doing to bad either but we’re getting a bit fed up with apples as that’s about all there is out here, worse luck.   So Ken came home for 7 days did he, I know you was glad as you could have some nice fights with him, couldn’t  you, I hope you didn’t drive him crazy.

So you had one of the old doodle – bugs over did you, I don’t think you will see many more though as nearly all the launch sites are ours, thank goodness.  The weather is really rotten today, cold and pelting rain but we’re nice and easy at the moment so we can laugh at the rain and cold.  How did you get on in your Summer holidays without Charlie to knock around with I expect you was lonely without him, has he still got his job at the Echo, I expect his doing fine now, ???? he, I suppose you’ll be leaving school soon, but don’t let me come home and find you working in the goods yard or you’ll be for it.  If I were you I’d stop at school for another………..? (year or  two?)

I hope you got all those stamps I sent, I expect you had most of them already but perhaps there were few that were new to you, I’ll bring you home more souvenirs when I come home if I can carry them because there’s plenty of things I could bring.  Boy told me about his mate going into the army, I’m glad he didn’t have to go because he wouldn’t have been as lucky as they were I’ll bet.  Well Tig that’s about all I can write for now, write whenever you can.  Cheerio for now keep out of mischief, be seeing you soon, lots and lots of love from your loving brother 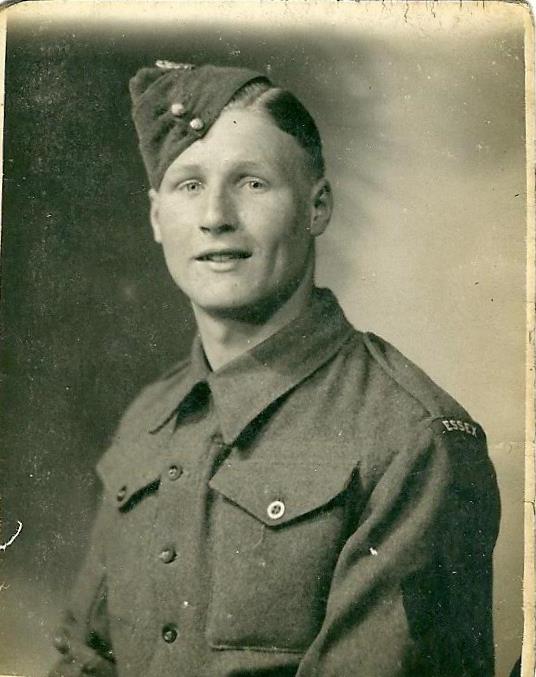 Death of a son and brother.
A young lads reaction to the death of his brother on active service in the Second World War.

By Ronnie Pigram and Margaret March