Killed In Action 1943. Not Commemorated Locally.

Born, Resided or with links to Benfleet. 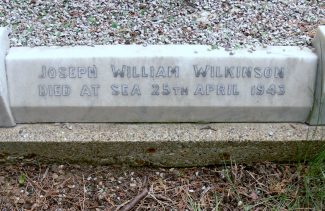 Those listed here, although born, resided or had next of kin in Benfleet, their connection with the area did not fit the criteria for adding their names on the War Memorial in Essex Way.

The USS Louise Lykes, while on route to Belfast, Northern Ireland, was hit by two torpedoes fired from U-Boat 384 at a distance of 1800 meters.  Eighty four men of the Louise Lykes perished that day.  Their grave is the sea.

In a cruel twist of fate, his son, William Frank Currall. Service No. 14945524 of the Royal Artillery died on 9 May 1945 aged 22.  He is remembered by the Commonwealth War Graves Commission and buried in grave 44713 in Chingford Mount Cemetery. London. E4.