He served in the Royal Navy on the arctic convoys during WW2. 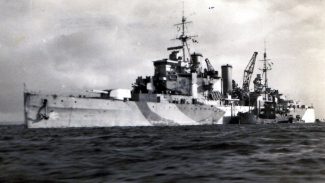 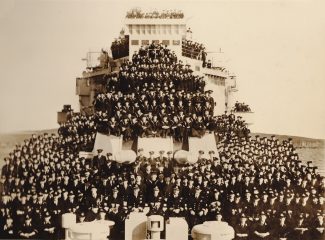 During WW2 Benfleet resident Douglas Joyce served in the Royal Navy as a seaman. His service was on the heavy cruiser HMS London.  This article records his service on the Arctic Convoys including PQ17.

HMS London was the flagship for PQ17. Mr Joyce was on the bridge when Admiral Hamilton received the “Convoy is to scatter” message at 21:36 on the 4th July 1942. Mr Joyce is probably the last surviving person who was on the HMS London bridge that day.

The video describes his joining the Royal Navy, the Arctic Convoys, the order to scatter PQ17, Jo Stalin’s lack of support, the dangers of having seaplanes on a cruiser, and visiting Murmansk.

Mr Joyce received several medals for his Arctic Convoy service including a Russian Ushakov medal in 2014.

After the Arctic Convoys HMS London went to Alexandria and served in the Indian Ocean.