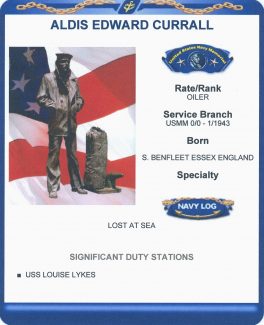 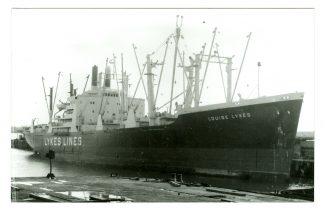 Benfleet born, ALDIS EDWARD CURRALL, was an Oiler on the USS Louise Lykes.  The ship had left New York bound for Belfast carrying a cargo of war supplies and ammunition.  On 9 January 1943, with the destination close the ship was spotted by Hans–Achimvon Rosenberg-Gruszcynski,  Commander of U-Boat 384.  From a distance of 1800 meters four torpedoes were fired from the U-Boat, two hit the Louise Lykes and she sunk within minutes.  She took with her the entire crew of 85 men.  Their grave is the sea.

All men are remembered on the United States Navy Memorial.