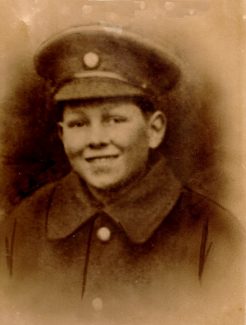 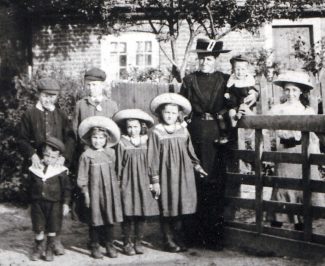 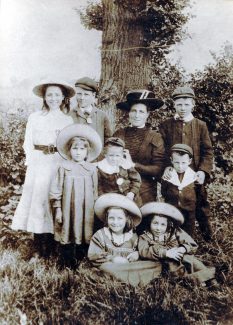 Private Samuel Sargent (32) was born at Rawreth in 3rd Qtr. 1898 and was the eldest son of Samuel and Eliza Sargent of 7, The Avenue, Kiln Road, Thundersley. His mother was still living there in 1918. He was educated at Hadleigh Council School and was subsequently employed by Mr Ruggins, a poultry farmer in Kiln Road.

He enlisted in March 1917 and joined the 13th Battalion (Barnsley) of the York and Lancaster Regiment, The 1st Barnsley Pals. He was sent to France, being invalided home in October 1917 with trench feet. He returned to France on 2nd April 1918. His battalion took part in the Battle of Hazebrouck where he was killed in action on the first day of action on 12th April 1918, just sixteen days after returning to duty. He was 19 years old.

His mother received the following letter:

No doubt you have already heard the sad news of your son’s death, Pte. S. Sargent Y. & L., but I wish to join with my brother officers and men in forwarding our deepest sympathy with you in your sad bereavement.

After we came out from the fighting on the Somme we only had a few days rest before we were sent north to take part in the new offensive which had commenced. We arrived at our destination early one morning, and the same evening made a successful counter attack, but, unfortunately, your son and a number of his comrades lost their lives as we were going over to take the position.

The place where your son fell was in the neighbourhood of a cluster of buildings called ——–which is some little distance east of the village of ——–.

We mourn with you in the loss of another brave comrade who has laid down his life for all we hold most dear, but we pray that the sacrifice of all those gallant comrades will not have been in vain. Our hearts go out to you in your great sorrow, and we pray that God’s blessing may be with you all in your sad bereavement.