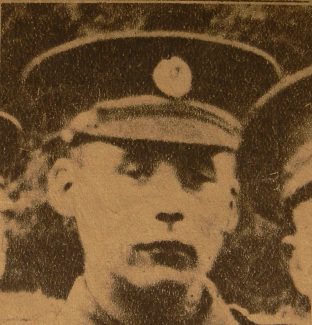 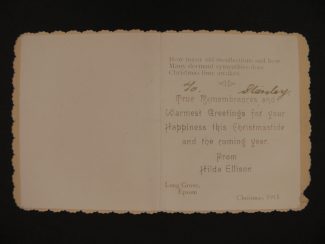 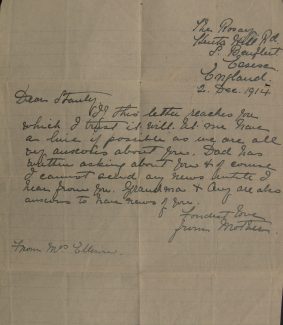 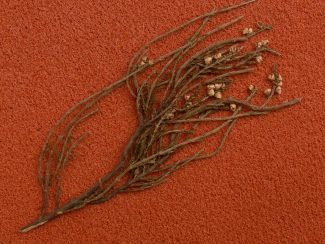 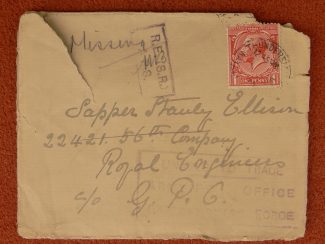 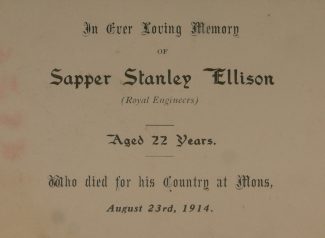 zoom
6. In Ever Loving Memory Card. 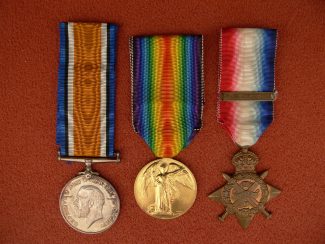 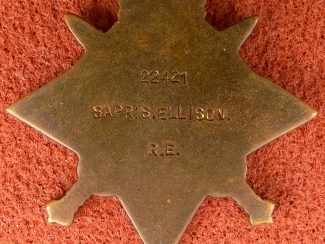 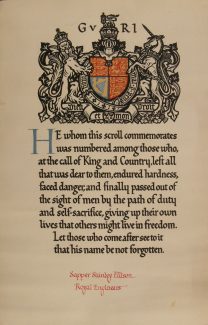 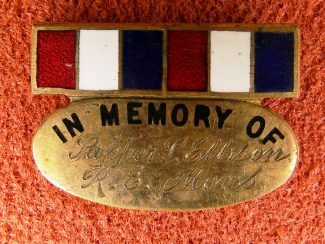 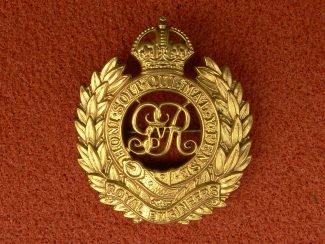 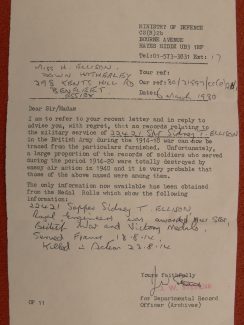 zoom
12. Letter from Ministry of Defence.

Local WW1 historian, Mr. Hawkins, contacted the Benfleet Community Archive to share an event in his life, some history and items of interest relating to Sapper Stanley Thomas Ellison, who is listed on the WW1 Memorial in Essex Way.

In Kents Hill Road during the 1970’s, Miss. Hilda Ellison, a smartly dressed local lady was often seen walking her dogs.  On one of these occasions she spoke to Mr. Hawkins and this in turn led to more conversations between the two residents that for the most part were about her brother, Sapper Stanley Ellison.  Mr. Hawkins was invited into her home, ‘The Rosary’ 298 Kents Hill Road, where he was shown Sapper Ellison’s war medals, Memorial Scroll, letters and photographs relating to his life and death.  Miss. Ellison also spoke of the thousands of other people who were killed in the wars and the families left behind who would endure sadness and pain for the rest of their lives.

From the information supplied to Mr. Hawkins, we are confident of the following events.

It is assumed from those dates that the family were resident in Enfield.  In the early 1900’s, Miss Ellison, moved to Epsom, Surrey, and was still there in December 1913.  Their mother was now resident in Thundersley, Essex.

1913.  Received a Christmas card from his sister.

1914.  December 2.  His mother, unaware he had been killed sent him a piece of ‘Lucky Heather’ and a letter that read :-

If this letter reaches you which I trust it will.  Let me have a line if possible as we are all very anxious about you.  Dad has written asking about you and of course I cannot send any news until I hear from you.  Grandma and Amy are also anxious to have news of you.

1914.  December 2.  8.30 a.m.  The letter was received by the Army Records Office Expeditionary Force in London.  They marked the envelope ‘Missing.’

Being reported amongst the missing his parents were hoping he might turn up.

1915.  October.  News of his death was eventually conveyed to his mother by Sapper E. Hargreaves, a former companion to Sapper Ellison, who was now confined in a German Prisoner of War Camp.  His letter read :-

On 23 August 1914, your son went into action with me as a cyclist signaller at a place called Nimy, near Mons.  At 10 a.m., he received a bullet through the head, death being instantaneous.  I was myself severely wounded at the same time and place but I am now well again.  The sad news I give you with great reluctance and I trust that you may bear up under the shock.

1920.  Sapper Ellison’s Memorial Scroll sent to his father at ‘The Manor.’  New Thundersley.

1921.  Sapper Elison’s war medals sent to his father at ‘The Manor.’  New Thundersley.

1927.  July 14.  the Imperial War Graves Commission sent a letter to Mr. Ellison, requesting the sum of seven shillings (35p) to pay for a private inscription on the headstone.

1976.  Miss. Hilda Ellison, offered her brothers war medals and all related items to Mr. Hawkins, on condition they are never sold or exchanged during his lifetime.  To this day, 2012, they remain in his keeping.

1980.  Miss. Ellison, wrote to the Ministry of Defence, asking for information regarding the military service of her brother during the 1914-1918 War.  Unfortunately, they were unable to provide any details as a large proportion of records of soldiers who served in that war was destroyed by enemy action.

The Benfleet Community Archive are indebted and record our thanks to Mr. Hawkins, for allowing access to the documents and photographing the various items.

3.  Letter from his mother.

6.  In Ever Loving Memory Card.

12.  Letter from Ministry of Defence.