The Battle of Benfleet 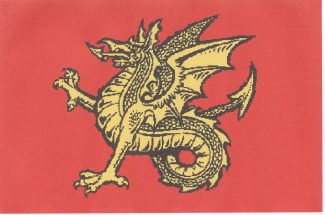 Alfred managed  to keep the two armies apart, while inflicting a series of minor defeats on the “Great Army”. This was followed by an overwhelming defeat of the invaders at the Battle of Farnham, by a mounted division of the Fyrd led by Alfred’s eldest son, Edward.

The remnants of the Danish host were trapped on an island on the Colne near Torney, but managed to escape when the Saxon Fyrd went home before their replacements arrived!

According to R.H. Hodgkin in his two volume work – A History of the Anglo-Saxons:

“They made  their way to Haesten’s new work at Benfleet – a fort on a low spit of land by the Thames, with earthworks still traceable a thousand years later. On their arrival they found that Haesten and his men had gone out to plunder, leaving their women and children in the fort.

This was the moment which Edward and Ethelred of Mercia chose to retrieve the recent failure on the Colne. They determined to attack the Army which had escaped from the Colne island, as it lay behind the works of the Benfleet fort. Their attack was the boldest stroke which had been attempted since Alfred, at about Edward’s age, had led his troops against the camp at Reading.  Since that repulse Saxons had at times beleaguered but had never tried to storm an encampment of the heathen. Strong detachments of the fyrd were now collected at London under Alfred’s son and son-in-law. These, with the trained garrison of the Burgh, marched out to Benfleet, and put the army to flight and stormed the fort  and took all that there was within, as well as goods as women and children, and brought all to London. And all the ships either broke in pieces or burnt or brought to London or Rochester. And Haesten’s wife and two sons  were brought to the king, and he restored them to him, because the one of them was his godson, the other the ealdorman Ethelred’s.

This success, then without precedent in England since the first coming of the Danes, marks the end of the third phase of the war. In the weeks that had elapsed since the Appledore army had marched from the Weald to transport its plunder to the Danelaw, it had twice suffered signal defeat.  True, the remnant of the force was still at large; It was still in touch with Haesten, and Haesten himself was still unbeaten. But the worst danger was past. The English troops had shown that they could still hold their own against the Danes. They had shown that they could even drive the Danes from their entrenchments; and that their success  was no longer dependent on the presence of Alfred himself.  Edward and Ethelred had demonstrated their generalship and power of cooperation – the characteristics which, after Alfred’s death, were to achieve the re-conquest of the whole Danelaw.”

This account  comes from volume 2 of Hodgkin’s work and in particular a chapter entitled “Alfred’s last war” It is reproduced on this site by permission of Oxford University Press.