Saved by residents and our MP 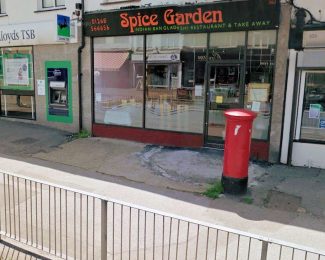 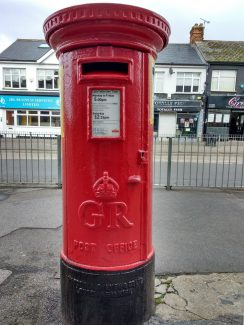 zoom
Close up of the box in November 2016
Phil Coley 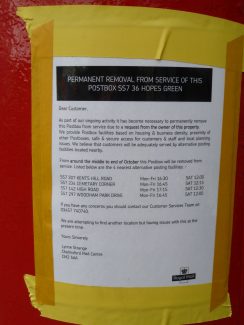 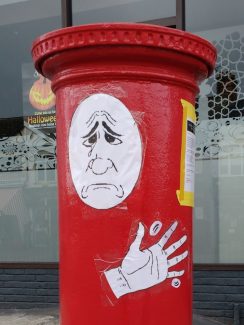 zoom
Even the postbox is unhappy
Phil Coley 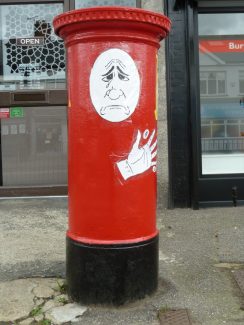 zoom
A sad day indeed for the postbox
Phil Coley 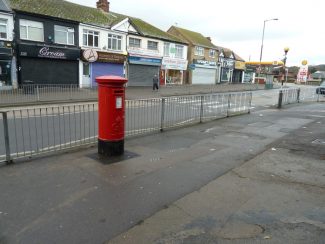 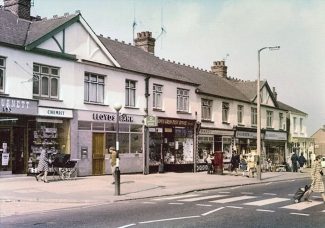 zoom
This picture was taken when Hopes Green Post Office had the postbox outside it.  It is thought that the photo may have been taken in the 60s; but if you know differently please let us know by adding a comment below.
Jenny Day 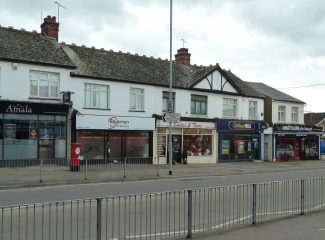 Interest was enlivened locally and through the local press when it was announced that this longstanding piece of street furniture was to be removed.

It is outside what was Hopes Green Post Office, in Benfleet’s High Road, where it has been for at least the last 60 years or so.

Now it is to be moved only a short distance away and not removed altogether as was envisaged at one stage, thanks to the efforts of some residents and our Member of Parliament.

This brings to mind the song by Michael Flanders and Donald Swann which they included in their “Hat” revues of the 1950s and 60s.  It was called “Pillar to Post”.

Two verses seem appropriate.  The words are reproduced here from the Songs of Michael Flanders and Donald Swann.

But there’s one who’s standing by,
A lonely little fellow
Who is trying not to cry;
While all the rest are happy
His courageous heart is not,
And I hear him sadly singing
As a tear runs down his slot: