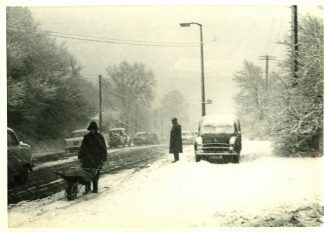 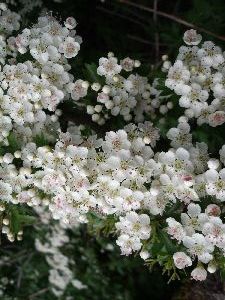 zoom
The Hawthorn - Also known as 'The Bread & Cheese Tree'

Over the years there has been a great deal of speculation concerning the origin of the name, Bread and Cheese Hill at Thundersley.  Was it named after a Welsh battle cry, or was it born when humble peasants exacted vengeance there? Did it stem from an ordinary tree which grew there and still does today – or was it named after the resting place at the summit, where animals and their masters paused for breath and usually for food and water?  We will never know for certain.

We do know that in icy weather the gradual gradient of this hill, which is one in ten and 800 metres long, is a hazard faced by thousands of motorists who use the busy A13 Southend to London road but whatever the present-day traveller suffers it is nothing compared to the lot of those who made the same journey some 600 years ago, and we should spare them a thought.

During the troubled times of the Peasants Revolt in 1381, which began in south-east Essex, rebels patrolled the top of the hill at Thundersley, about one-and-a-half miles west of Victoria House Corner, Hadleigh, stopping any stranger that clambered up the narrow track, requesting him to repeat the phrase “bread and cheese”. If it was not pronounced with a recognisable English accent the unfortunate person was put to death on the spot.  The explanation is as follows: Flemish weavers had been invited here by Edward III because their cloth was improved by the use of English wool. As a result exports increased between the two countries but although the weavers grew rich the ordinary English labourer found that he had to work harder than ever for his pittance.

It is said the hill got its present name from the treatment meted out to the unfortunate Flemish.  The Rev. W. E. Heygate in An Old Parson’s Anecdotes and Tales (1893) makes a direct reference to it saying “A curious name this and supposed by some people to have been obtained from Wat Tyler’s rebellion”. Says Mr. Heygate, the rebels came to be known as Bread and Cheese men from “the steep hill down which the road near Jarvis Hall descends”.

The story of the revolt is well known, particularly in this part of the county.   Brewer’s Dictionary of Phrase and Fable refers to the term bread and cheese as being “the barest necessities of life” so it seems possible that the term can be applied to people of impoverished means.  These words are also acknowledged as being the most difficult for a foreigner to speak.

We learn that the words “bread and cheese” were used in London as a means of discovering the nationality of strangers.

Perhaps the most logical of all explanations can be traced to the numerous waggons pulled by oxen and horses, who were rested and fed by their carter on reaching the top.

Dr. H.E. Priestley, in his interesting history of Benfleet, considered that the hill may have got its name from the hawthorn tree which lined both sides of the incline.  A plausible theory, but it is always possible that the origin goes back to the Norman and Plantagenet kings and their barons, who often hunted and lived in this area. It would be pleasing to think that the legendary past is linked with the name of the hill.

In 1157, Henry de Essex, grandson of the mighty Sweyne, confidante of William the Conqueror, was standard bearer to Henry II who tried to subjugate the stubborn Welsh.  At Coleshill the invaders were ambushed, the Welsh rushing out of the woods crying “baru caws” which translated means bread and cheese. The enemy was put to flight and the news that the king had been killed caused de Essex to throw down his standard and join in the retreat.

It is good to know that although rivers have changed courses and forests have been cut down, the names of historic persons and places remain as a reminder of the past.  Let us hope that the name Bread and Cheese Hill will survive in the same way, whatever the reason for its origin.