John Cole: A soldier who served there. 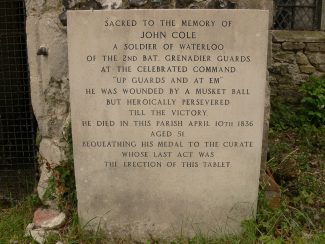 zoom
A tablet dedicated to John Cole, a soldier who fought at the Battle of Waterloo
Ronnie Pigram 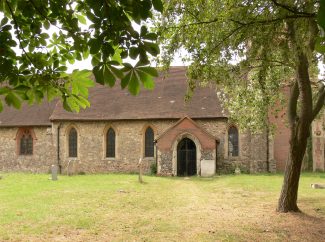 Situated at the porch entrance of All Saints Churchyard, North Benfleet, is a tablet dedicated to a soldier who fought at the Battle of Waterloo.

The Archivist of the Grenadier Guards provided the following information and for which I record my sincere thanks.

John Cole was born in Rochford, circa 1785.  He enlisted for service on 10th December 1813.  He gave his occupation as a labourer, was described as 5ft 9 and a half inches tall, with brown hair, hazel eyes and a sallow complexion.  He had previously been in the West Essex Militia.  At Waterloo he was in the 2nd Battalion, Lt. Col. Barclay’s company.  He was discharged at the end of his engagement on 9th December 1820.