An Appeal from the Bay Museum, Canvey Island. 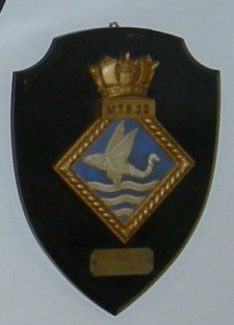 1941 through to 1942 saw whole communities across the country coming together to raise £955,611,589 for the war effort. Referred to as ‘Warship Weeks’ this campaign of fund-raising ventures allowed a community to sponsor a naval vessel through individual investments in Government Bonds and National Savings Certificates. Also through the Post Office Savings Bank, so that investments were recovered with 2 ½ to 3 % interest. The weeks were organised by the National War Savings Committee and were fully supported by the Admiralty. There were 1,178 ‘Warship Weeks’ organised during the campaign, involving a total of 1,273 districts. Each districts was set its own target appropriate to the size and affluence of its population. A small village therefore needed to sponsor a motor launch. Whereas a city could expect to reach the £2 m required for a battleship. Where targets were exceeded, some areas were allocated additional ships. A press announcement quoted the adoption of 8 battleships, 4 carriers, 49 cruisers, 301 destroyers, 25 submarines, 164 corvettes and frigates and 288 minesweepers. The Coastal Forces’ MIBs, MGBs, and Motor Launches presumably made up the remainder.

To commemorate the campaign, the Lord Commissioners of the Admiralty, presented each district with a certificate and a small plaque. Where possible the Commanding Officers of the adopted vessels would make the presentation. The ensuing relationships between the districts and their respective ships varied greatly. While some lost track immediately, others have maintained close links to this day.

Benfleet was one of the communities that took part. The Bay Museum is the custodian of  the plaque that was presented to Benfleet in 1942 as well as the one presented to Canvey Island. Just a few months ago the museum took delivery of a model of the launch that Canvey adopted after raising the funds from the community for this endeavour. They have lots of history and memorabilia to do with Canvey’s Plaque and Warship week on Canvey. They want to do the same for Benfleet. The museum have already raised the money for the model, they have pictures, plans and history of the boat/ship. What they need is local knowledge.

What was done to raise the money?
How much was raised?    Names, dates, places anything anyone can remember.

Please comment below or contact the museum direct, they are situated on Thorney Bay, Canvey and open every Sunday from 10am to 4pm. Telephone 01268-692462 or e mail: ironharvest@tiscali.co.uk

More can be read about Warship Week Canvey on the Canvey site
https://www.canveyisland.org/category/history-2/wartime-canvey/wwii/warship-week