How we came up with the design 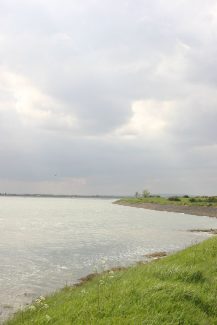 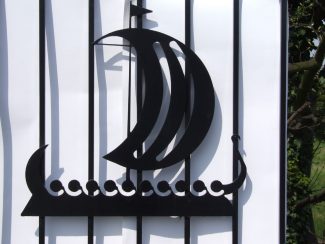 zoom
The railings down at Benfleet Railway Station
Phil Coley

The design of our banner was a collaborative exercise by the group with everybody contributing. The first part of the process was the team producing ideas for the banner and bringing them along to a committee meeting. None of the designs met approval but bits of several of them were liked. In particular the ideas of using the Viking ship from the railings down at the railway station and combining that with a picture of Benfleet Creek.

We then spent time discussing what text we wanted on the banner. The bits we did need were our name, our website address, the lottery logo and credits for use of photos and designs. What we also wanted was a snappy tagline. We discussed various ideas when we combined similar ideas from Pat Marshall and Jenny Day to produce “Help us to preserve yesterday for tomorrow“. We also had a second tagline of “Making history happen”.

The next step was for members to take the pictures that were needed. I had taken a number of photos of the iron railing and worked on removing all the elements that were not needed to leave just the Viking ship. The rest of the team took pictures of the creek and submitted them to me. I chose six of these photos and created mock ups of the banner. These I sent out by email for a vote. One clearly emerged as a winner which was the photo taken by Eileen Gamble. We discussed this at the committee and decided this would be our design. Meanwhile Jenny Day had been refining the second tagline to produce “History in the making“. This was also accepted.

The ideas were then passed to the Essex Record Office (ERO) for them to get the final design completed and the banner produced. After a few iterations we received our banner and have used it with pride since.

The ERO were impressed with our tagline ”Help us to preserve yesterday for tomorrow” and suggested it for use by the Wickford and Billericay Archives.

We thank J.J. Donovan and Son Ltd who designed and produced the original iron railings down at the railway station. They have given us permission to use the design for the Archive.