aka the Old House 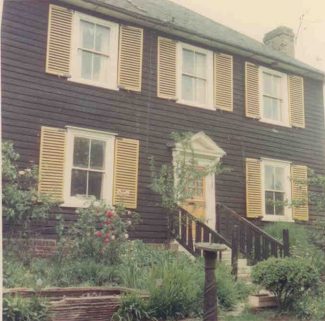 The Building is not regarded by the County Council as being of great historical merit.

So spoke Mr Arthur Neighbour, clerk to Benfleet Council, when rejecting pleas for the preservation of the Old House. It was duly demolished to make way for the bottom exit to the station carpark.

“Not regarded… as being of great historical merit”!   How can that be said of a building rumoured to have housed at different times in its history Henry VIII, Anne Boleyn, Cornelius Vermuyden, Oliver Cromwell,  Lord Nelson and Lady Hamilton. If only one of these were true, then I think the case for preservation would have been stronger than the case for demolition.

Apart from the historical associations, this house, in good condition, represented one of the few remaining boarded dwellings in an area formerly rich in them. The creek-side cull of the 1960s and the various road-widening schemes had already taken their toll. That is not to say that there weren’t objections.

The 500 year old council-owned  house was at the centre of a storm of protest.  Mr Peter Smith, chairman of the residents Association, said,  “We’ve lost another building of character in Benfleet  and got an access route for a car park in its place. I do not think it is a very good swap”.

Very little in the way of facts is known about the 500 year old  house and I am sure that nowadays the area’s conservation status would have meant a full architectural survey and literature search, but alas the sum total of our knowledge is that it sported a Queen Anne style front and a Tudor back.