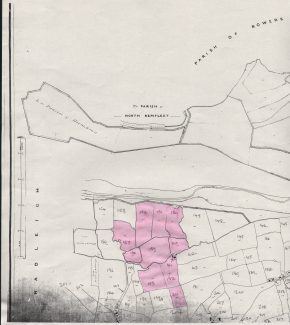 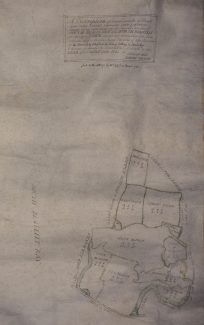 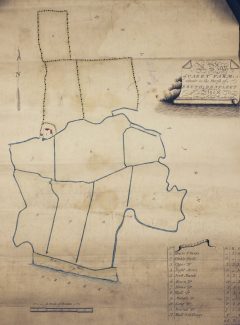 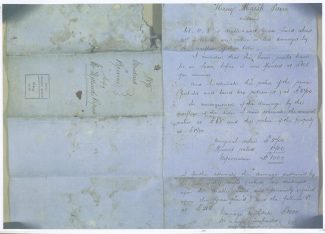 zoom
Report on the devaluation of the farm after flooding 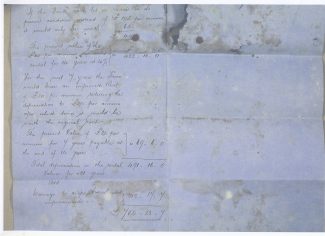 At the time of the 1841 tithe map of Benfleet, there were 15 farms…some like Poynetts straddled more than one parish, but Kersey Marsh Farm was entirely within the Benfleet boundaries. Its name derives from onetime owner Sampson de Kerseye and as late as 1863 White’s Directory lists one Thomas Kersey, farmer of Benfleet.  By 1841 the farm’s owner was Kings College, Cambridge and the tenant was James Brown.

In documents in the Essex Record Office it is also referred to as Carsey Farm and Casey Farm.   In addition  the Record Office  holds two maps shown here, one dated 1722, which retain  the same shape and composition as in the 1841 tithe map …so no change in size for at least 100 years.

The farm occupied 67 acres and 35 poles or perches of which 41 acres, 2 rods and 34 perches were devoted to grass and 25 acres and 33 perches to arable farming.  A small farm compared with Poynetts and Reeds Hill Farm on either side and one which I suspect was on the margins as regards viability.  Certainly the breeches in the sea wall and the consequent flooding in 1875 were not helpful. It reduced the value of the property from £2700 to £1700.  See the surveyors report  which itself appears water damaged.      The last occupier was Sid Cripps.

Essex County Council bought both Poynetts and Kersey Marsh Farm in 1973 as part of their contribution to a much enlarged country park. This came to fruition in 1987 when it was officially opened by Sir Derek Barber, chairman of the Countryside Commission.

Two things to remember… the tithe map for Benfleet is by today’s standard upside down and what you are seeing at the top is the creek…..images vary in quality depending on the original, so click on images to enlarge them….