The Houseboat 'The Lark' 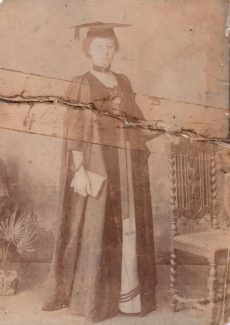 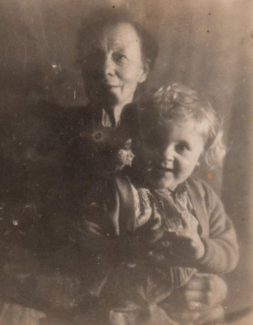 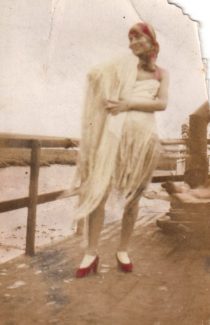 Nana to Roberta and Jackie Barnes, the daughters of Vic Barnes.

Mabel Cook, the daughter of a University Don was well educated and went to University, something very unusual at this time, for a woman. Followed by finishing school in Paris.

“After a fairly disastrous marriage she and her three children were abandoned by her husband. Nana brought a houseboat in church creek called ‘The Lark’, it was moored opposite the Hoy and Helmet Public house.  The receipt of purchase was £45.00.”

“Although times were extremely hard my mother assured me they were happy.  They acquired a little monkey and called him Joey (really a marmoset).  He was a friendly little chap but a bit nervous. One day years later Nana was playing games with him on the floor of the lounge type room of her houseboat when Auntie Nora came in and shouted ‘Boo’.  The monkey jumped away from nana and grabbed hold of the hot pipe coming out of the stove.  Sadly he was burnt rather badly and later died of shock.  This was upsetting and they gave him a nice send off.  Mum lined a wooden box with material, laid Joey to ‘rest’, placed a lid on it and tied it securely with string and lowered him into the ebb tide and off he floated.  With tears on their cheeks they said their goodbyes’ to their little friend.”