I can remember all of my teachers in the juniors: In the first year I was taught in the mornings by Miss Allen, a terrifying woman who seemed very old. She wore a floor length black gown, quite Dickensian. She did all the academic stuff except English which was taught in the afternoons with all the other lighter subjects by Mrs Barnard.

We were in a wooden class room (before the days of demountables) which was right near the main gate.  In the second year I went into the main school, I should have had Mrs Gosling but after a very short time she left or went sick and to my horror I got Miss Allen and Mrs Barnard again but in reverse!

In the third year it was Mr Woolmore, a very young teacher, he’s possibly the only one who may be alive now.

…he used to puff away on his roll up cigarettes all day long and at break time he used to have to stoke up the coke boiler that was in the classroom.

In the fourth year I was back in the wooden shacks but the bigger one that backed on to the one nearest the gate.  Mr Lees was the teacher and he used to puff away on his roll up cigarettes all day long and at break time he used to have to stoke up the coke boiler that was in the classroom. Can you imagine that nowadays?

Other teachers I remember are Mr & Mrs Rattenbury, neither taught me but I remember we all thought Mr Rattenbury had a wooden leg which in fact was probably due to a built up shoe. I can also remember Mr French, my biggest memory was that he set up a mock wedding with a student with the other children having various roles on the day. Goodness knows what anyone would make of it these days.  Mr Clough, the Headmaster or “Cloughie” as I remember him being called, was just leaving as I joined and was replaced by Mr Snowden.

I can remember the school dining hall being used for all occasions throughout the day: assembly in the morning where they used to lower an enormous fold-over hymn book above the stage, well it was enormous when I was a first year junior and at the front, the fourth year students were at the back and couldn’t see a thing! I guess we should have learnt them 4 years later. At lunchtime, it was used for the infamous school dinners, spam fritters, semolina among the old faithfuls. The teachers all sat and had their meals on the stage. I guess the rest of the day it was used for indoor PE.

Just as our year was leaving an outdoor swimming pool was built. As we had contributed through various fundraisers we were invited back for complimentary swimming sessions. I think I only went once – too cold for me!

It would be nice to say I remember my school years with fondness but the juniors especially was run in such a strict fashion there was little room for joy and laughter – well certainly not in the classroom!

Please click on the photos to enlarge the image.

Apologies from Jeanette for any errors or omissions. 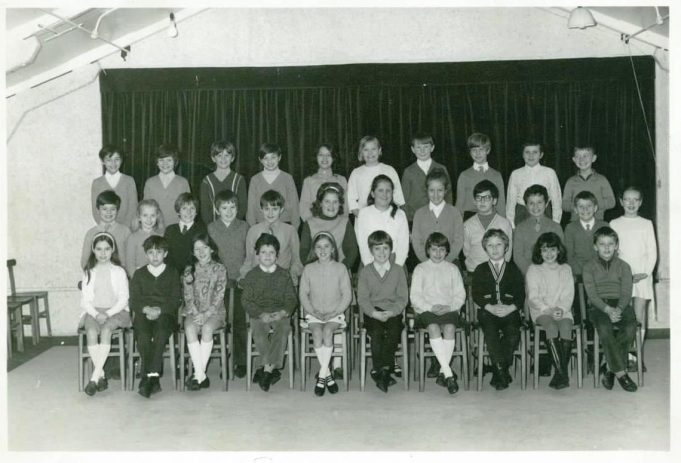 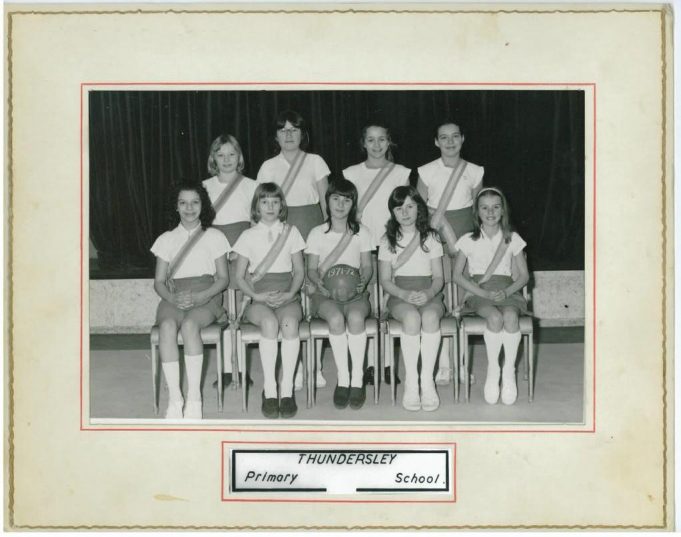