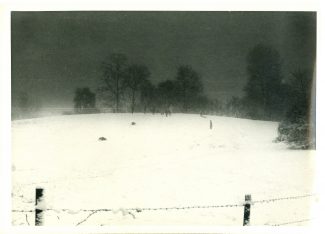 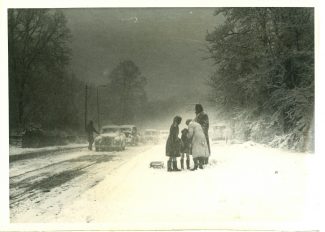 zoom
Bread & Cheese Hill, the 'Green Hill' just out of the picture on the left. Early 1960s
Harry Emery 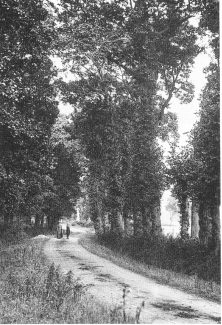 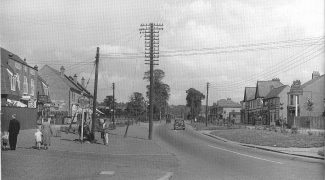 We entered the school over a bridge which spanned the ditch and there were further bridges down the lane for entry into farmers fields or small properties.

I recall milk in half pint bottles thawing on the radiator in school. I was told it didn’t taste very nice. We experienced very cold winds and snow in winters and went sledging “up the Green Hill” (to the side of Catherine Road and Bread & Cheese Hill) and went home after dark with chapped legs and your coat stiff with ice banging on your legs. The back roads behind Church Road were unmade and residents tipped out their fire ashes to make cinder paths. We seemed to live in wellies!

Coal was delivered in summer before the road became impassable for the coal lorries.

Milk for many came from the small farm at the top of Woodside Avenue where it joined Seamore Avenue and was delivered by horse and cart or collected from the farmer’s dairy where it was bottled on the premises.

Some of the bungalows were sturdy and well built but others were little more than shacks. Most had large gardens that were cultivated. Vegetables played a large part in our diet as meat was severely rationed. As a result most people kept rabbits and chickens – which also produced eggs of course. I remember being sent to buy tomatoes from a man with a large greenhouse. Straight from the plants. Lovely!

We lived in Church Road in a bungalow with mains water and a flush toilet but those in the unmade back roads made do with well water and bucket toilets.

Where Woodside Park is now situated I recall there being 40 acres of waving, golden corn growing and also when the reaping and machines had finished in the fields off Rushbottom Lane, local folk were permitted to glean for the odd ears of corn left, to make a special treat for their chickens. I helped my mum on several occasions and this was a real chore plus the dry straw scratched your bare legs.

From its junction with Rushbottom Lane to Kennington Avenue, Church Road was bordered by tall elm trees which arched at the top completely over the road and when sunny, the trees made a dappled, shaded tunnel which made the walk pleasurable. Edging the road by the big fields each side of Lambeth Road junction ran a ditch and border of bushes and saplings where children made camps, jumped the ditches and roamed the little paths. A childrens’ paradise.

Tarpots was then a village with small gardens each side of the A13 and in front of the shops. There was also the Tarpots Hall where a dance was held each Saturday with live band and singer. The ATC held meetings there and each winter the San Toy Dance Group put on a pantomime.There was little traffic and everyone knew everyone else and usually had time for a chat.

Do you know, there was a large static water tank at Tarpots at its junction with Lambeth Road? It was outside the then A.F.S which doubled as a garage and was there, uncovered, for many years and nobody adult or child ever fell in!