Drama and music at South Benfleet Primary School in the 1930s 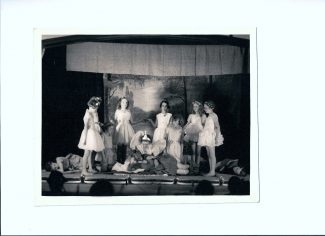 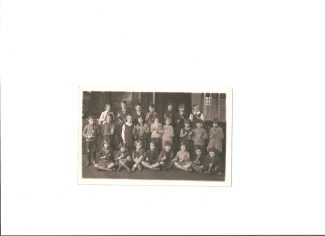 The first photograph shows a scene from Shakespeare’s A Midsummer Night’s Dream, performed by The South Benfleet School Shakespeare Dramatic Society on Wednesday the 21st and Thursday the 22nd of July, 1937. According to other notes on the back of the photograph, the production was in aid of Southend General Hospital (South Benfleet Bed Fund).  The fairy on the extreme right was my late mother, Pamela Bacon, who married my father Alec Johnson in 1947.  I don’t know the identity of any of the other performers. Does anyone recognise themselves or their relatives?

The second picture, of a percussion band, was taken a few years earlier. Judging by the age of my mother, who appears third from the left in the middle row, the year was probably 1932 or perhaps 1933.  Again, I don’t know the identity of any of the other children. My mother left South Benfleet Primary School in 1938 or 1939 and went on to Southend High School for Girls, but she had to leave soon after the outbreak of war when, as I understand it, the school was evacuated. Shortly after that she began working in London, and commuted through the war years.