Third man to die in a week 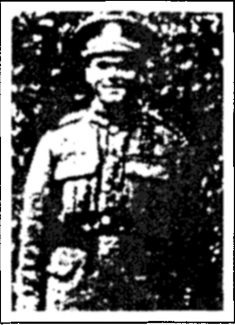 Lance Sergeant Charles Walter Thurtell (30) lived at Hope Green, South Benfleet. He was born in December 1894 to Charles William and Emily Thurtell of 4 Endway (Essex Way). In the 1911 census he is shown as being a cowman.

He married Catharine Thomas on 8th April 1915 and they had a daughter Gwendoline Dillys on 4th November 1915 and a son Ypres Charles George Thurtell on 8th September 1918. On 24th January 1918 she was living at “Ivy Cottage” (No. 45), High Street.

He was killed in action in France on 23rd March 1918, highly likely at the Battle of St. Quentin Canal, aged 24. The third Benfleet man to die in the first week of the German Spring Offensive.