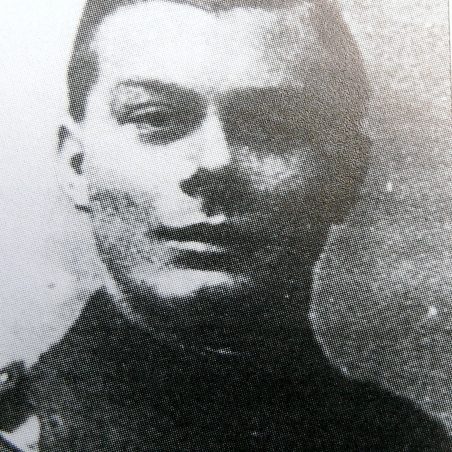 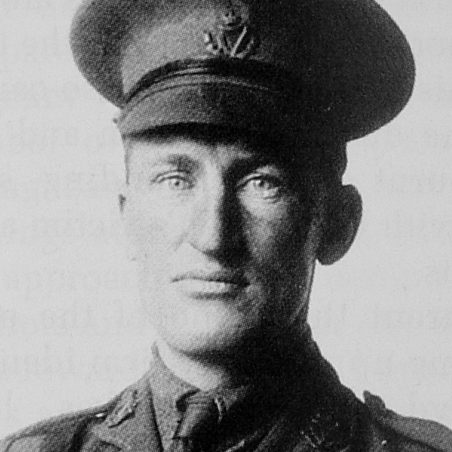 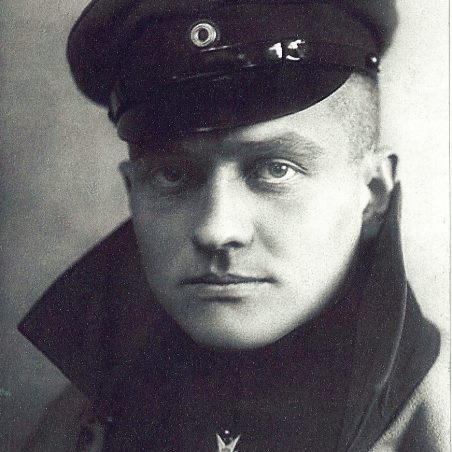 Manfred Albrecht von Richthofen was born in Breslau, Germany on 2 May 1892.  At the age of 11 he started to follow the footsteps of his father when he entered the Wahlstatt Cadet School in Berlin.  After six years of training there he graduated to the Senior Cadet Academy at Lichterfelde.   Following a completed course at the Berlin War Academy he joined the cavalry.  When WWI started Manfred was 22 years of age and was sent to France.  The cavalry operations there were soon phased out as the  miles upon miles of barbed wire and hundreds of machine gunners made it impossible for the cavalry to mount effective charges.  It was that chain of events that led him to serve in the Imperial German Army Air Service and become a fighter pilot.

On 20 December 1916 in the sky over Moreuil, Northern France, the Red Baron was flying his Albatros D.II. No. 491/16.  Flying in the same area were two men of 18 Squadron Royal Flying Corps.  Their aircraft was a F.E.2b Bi-Wing No. A5446.  It was piloted by 21 year old Second Lieutenant Lionel George D’Arcy, from Co. Galway.  The observer was 20 year old Sub-Lieutenant Reginald Cuthbert Whiteside, a resident at ‘Rose Bank.’ South Benfleet. Essex.

It was early afternoon when the two aircraft met in combat.  The guns of the Red Baron struck first, damaging the engine of the F.E.2b and wounding Sub-Lieutenant Whiteside.  The engine damage caused the aircraft to fall from the sky and as it did the Red Baron followed and fired more bursts into it.  The aircraft crashed and both men of the Royal Flying Corps were dead.  This was the Red Baron’s 14th victory and second of the day.  His 13th was a 21 year old of 29 Squadron, Captain Arthur Gerald Knight. DSO. MC. MID.

The bodies of Second Lieutenant D’Arcy and Sub-Lieutenant Whiteside, if they were buried by the German Military, as was custom, were never found.  Both men are commemorated on the Arras Flying Services Memorial.  France.

The Red Baron continued his missions and went on to claim an official total of 80 victories before he too was shot down and killed on 21 April 1918.  His number of victories was more than any other pilot in WWI and for that he became the Ace-of-Aces.