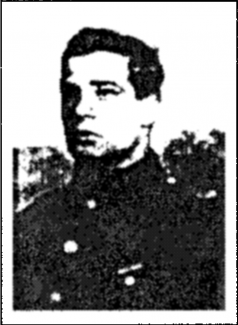 Corporal George Frederick Arthur Parry (27) (Shown as G A Parry on the War memorial) was born in Gillingham, Kent in 3rd Qtr. 1894 and was the only son of George and Clara Parry of “Mount View” (No. 40), Avondale Road, Benfleet. In 1918 they lived at “Hildaville”, Melcombe Road

He had served eight years with the Essex and Suffolk Royal Garrison Artillery and was mobilized with them at the outbreak of war. He was wounded in the chest at Vimy Ridge on 17th December 1917, and died in a Casualty Clearing Station on the 25th December 1917 aged 23.