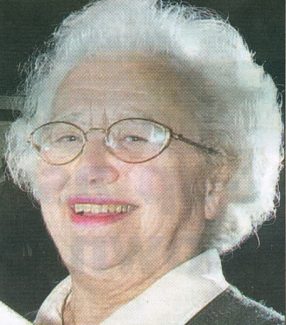 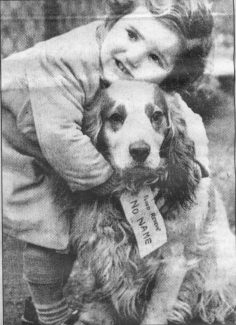 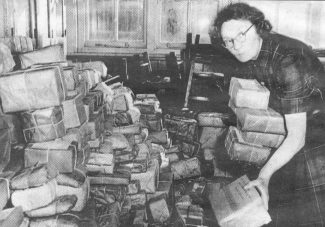 Betty Finch, domestic science teacher at the King John School, then known as the Benfleet Secondary School, will never forget the moment her phone rang that Sunday morning 50 years ago. She had gone to bed on the evening of January 31st unaware of the life-changing tides that were about to sweep over the east coast.

But at 7.30am on Sunday, February 1st, her headteacher Bert Evans phoned her and said: “Betty get up, get dressed and come straight to school. Canvey is flooded.”

Looking back now Betty, who lives in Leigh, said: “In those days the headteacher never called you by your first name so that shows you how serious the situation was.

“I went in immediately and I did not go home for two days.” Overnight thousands of Canvey locals had lost their homes and all their possessions. Shattered and traumatised they had been evacuated from the island in lorries, Army trucks, even in boats. Hundreds were pouring through the doors of the school in Shipwrights Drive, freezing cold and soaked to the skin – many not knowing if friends and relatives had survived the horrifying events of the past few hours.

Others who did not live on the island were also coming to the King John School, desperate to know what had happened to loved ones.

Betty said: “The first thing I noticed when I walked into the school were all these registration desks, labelled A, B and C. As soon as people came in they were directed to a table to register. It turned out to be a very good idea because that way we were able to locate people when relatives or friends came into the school asking after them.

“People were coming in all the time – and they were shattered and panic stricken. They had lost everything and they were full of fear for the future.

“They were coming in with dogs and budgies in cages and just standing in the school hall, with water simply pouring off them. They were wet and icy cold – most of them had been up all night in the freezing cold, sitting on roofs and many of them had to swim to get to safety.

“We kept having to mop the floor because there was so much water. It was dangerous.”

During those first two days men, women and children with nothing but the clothes they stood up were in desperate need of food, warmth and in some cases medical attention.

Betty, who was just 22 at the time, was put in charge of catering for the masses of dispossessed islanders. She said: “As soon as I got in, Mr Evans told me I was dealing with the catering side, but we had one big problem. It was a Sunday in 1953. There were no supermarkets and very few shops were open. We had to get shops to open up so we could go and get supplies of tea, sugar, bread and biscuits.

I was working non-stop getting tea and toast for people.

“The school was supposed to be officially opened on the Monday so we had biscuits and cake which the domestic science pupils had been making for the opening, so we were able to hand those out to people.

“I was working non-stop getting tea and toast for people. I managed to get about four or five hours sleep during those two days in one of the school offices.  It was very hard work, but it was a dire emergency and you just got on with what you had to do. We lived from day to day.

“After the first two days I managed to go home at the end of most days, but you never knew how long a day would last. You just worked until everyone was fed and the food was sorted out for the next day. There was no real limit to how much there was to do.”

For four weeks, the people of Canvey who had once been the proud owners of houses, bungalows and even farms, lived on mattresses in classrooms – with blankets donated from countries around the world, including Canada. Teachers and other staff did their best to keep people’s spirits high.

There was musical entertainment and the BBC even came to do a programme for those living day-to-day in these unusual conditions.

After the floods Mr Evans, who has since died, was awarded an MBE for his hard work to create a quality of life for those forced to flee the island.  Betty said: “Everyone was really grateful for what we did for them and we did do everything we could.”

The supplement that this article was taken from was given to us by Mrs Alice Chafer, to whom we extend our thanks.

It is an exact transcription, including photos, from the Echo supplement dated Wednesday, January 15 2003, which was part of a commemorative weekly pullout.